Fahmaan Khan Focused On Work To Move On From Break-Up

The television actor opens up about coming out of a two-year-long relationship and how it is never easy to nurse an aching heart. 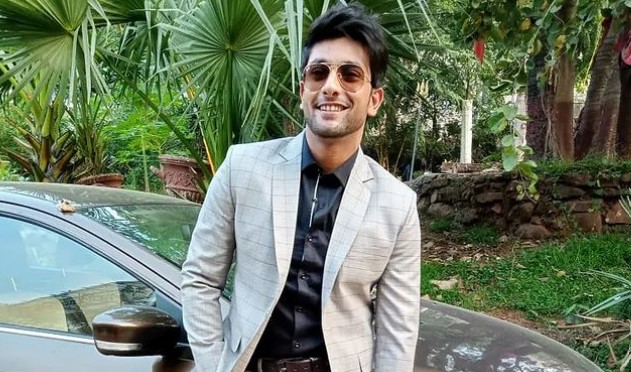 Actor Fahmaan Khan, who is currently seen essaying the role of Aryan Singh Rathore, in the popular show 'Imlie' is focused on his work currently. However, the actor hit turbulent waters in his personal life when his two-year-long relationship ended. He reveals that while things were difficult for him personally, he made efforts to move on from it.

The actor wants to keep the lady's identity under covers but reveals that they had known each other for almost five years and dated for two years before calling it quits.

Talking about going separate ways, he says, "Breakups are tough on you. I focused on my work and that kept me busy, there's no textbook on how to handle a break up. But I think every relationship is beautiful and it leaves with you memories for life that you can cherish."

Going ahead,Khan doesn't want to decide if he wants to be with someone or not and wants to let destiny run its course.

"I believe if it happens it happens and then I  am all in. Like the rest of the things in life I don't like to plan it. I think you should let life surprise you everyday," he says.

However, Khan, who made his acting debut in 2017 with television show 'Kya Qusoor Hai Amala Ka?', wants to be with someone who understands the need of giving each other space.

"I would like to be with someone who can word play. A girl who can talk well is very important to me. And also someone who likes her own space. That's when coming together becomes so amazing," says the actor.

The actor, who is known for featuring in shows like 'Mere Dad Ki Dulhan', 'Ishq Mein Marjawan', 'Apna Time Bhi Aayega' among others, says that when it comes to playing different characters, he would rather choose a grey character, instead of a completely positive of a negative one.

"As an actor you need to find layers in characters. By saying positive or negative, you restrict yourself to one kind. Every person in this World has two sides to them, maybe more. Each person reacts to situations in different ways. Similarly each character I would get I would try and understand different sides of him. They may be two opposite poles of a character. And that's why I enjoy the process. It's not limited to positive or negative," he says.