Salman Khan released the poster of his upcoming Bollywood film 'Antim' with his brother-in-law Aayush Sharma. The two actors look ripped and ready to go at each other. Fans are loving Khan's bearded Sardar look. 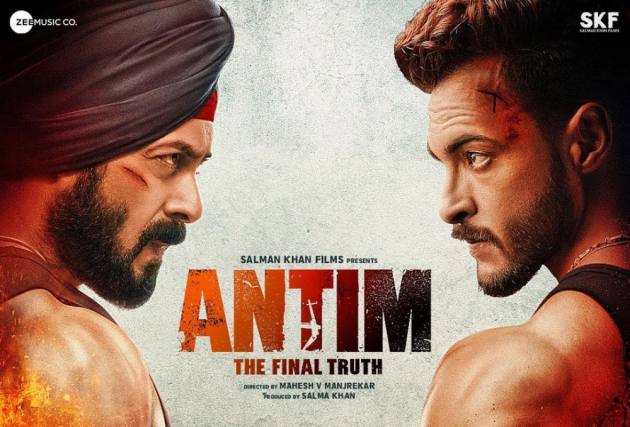 Makers of ‘Antim’ have finally unveiled the first poster of Salman Khan and Aayush Sharma starrer film. The daunting rivalry between the two can be seen in the poster above all. While the dreaded gangster is being played by Aayush Sharma and Salman Khan plays the fierce cop. Khan’s bearded Sardar look is getting immense love from the fans on social media.

The intense poster depicts an epic clash between the two leading men highlighting the plot of the movie revolving around a cop and gangster with differing ideologies. As a two-hero film, ‘Antim’ brings the two strong, powerful protagonists from entirely two divergent worlds in a face-off, leading to a ravening and a nail-biting finale. Have a look at the poster here:

Surprisingly the poster is better than dabangg3 and radhe #Antim pic.twitter.com/aOfMzclN1c

Rocking Poster of the movie #Antim
Expressions of #SalmanKhan and #AayushSharma staring each other are enough to create Sensation across Social Media
Expectations are high now pic.twitter.com/aPegTJ1CCL

The film has been directed by Mahesh Manjrekar, who recently got an operation done for his cancer. As per reports he has been recovering well. ‘Antim’ has been produced by Salma Khan under the Salman Khan Films banner. The film is slated to release soon.