Lata Mangeskhar’s fans felt that she could have been more gracious’ when commenting on internet sensation Ranu Mondal. 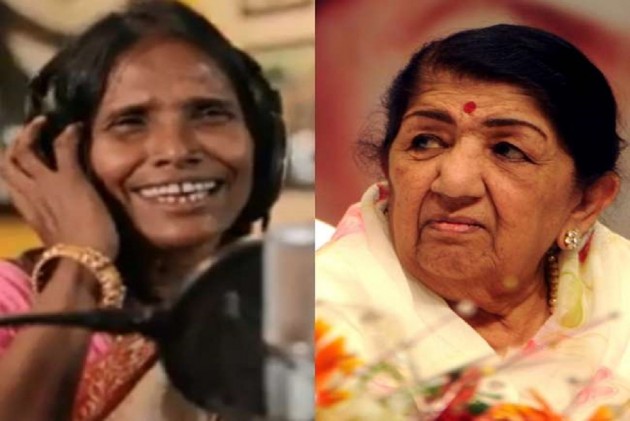 Melody queen Lata Mangeskhar's reaction to Ranu Mondal, stating that the internet sensation should "be original", has disappointed many fans and social media users, who feel the legendary singer could have been "more gracious".

"Such a superstar and so ungracious," wrote a user on social media.

"A poor lady sang on a railway platform for a living. #RanuMondal's voice was miraculously noticed by SM and she became a star. Inspiring Lata ji could have been more gracious, complimented and helped her. This lecture on "imitation" was avoidable," another user said.

A user "disagreed" with Mangeshkar and called her "a bit harsh", while another said that this could have been taken in "true spirits by a senior artist like Lataji".

The video has paved the way for her phenomenal rise from a street singer to a debutante playback singer in Bollywood.

Almost every Indian woman from a certain era secretly craved to sing like Lata Mangeshkar. But not everyone can be Lata Mangeshkar. There is only one. Recently there was the case of Ranu Mondal who sang herself into fame with Lataji’s Ek Pyar Ka Nagma Hai from penury and anonymity.

Himesh Reshamiyya even recorded a song with the lady, who was dazed by all the attention. The euphoria and praise soon got out of hand. The rumours amplified.

There were reports that Salman Khan had bought Ranu Mondal a 50-lakh home and has offered her a chance to sing in Dabangg 3. Deeply embarrassed Salman issued a denial about his delusory largesse.

“But I also feel imitation is not a reliable and durable companion for success. By singing my songs or Kishoreda’s (Kumar), or (Mohd) Rafi Saab’s, or Mukesh Bhaiyya or Asha’s (Bhosle) numbers, aspiring singers can get short-term attention. “But it won’t last,” says Lataji, at the cusp of 90.

Veteran singer Lata Mangeshkar’s fans have been left disappointed by her recent comments on viral sensation, Ranu Mondal. Mangeshkar had said in an interview that ‘imitation is not a reliable and durable companion for success’ when speaking about Mondal.

Her comments have not sat well with her fans, who called them rude and unnecessary. Several took to Twitter to voice their disapproval. “A poor lady sang on a railway platform for a living. #RanuMondal’s voice was miraculously noticed by SM and she became a star. Lata ji could have been more gracious, complimented and helped her. This lecture on “imitation” was avoidable,” wrote one. “Such a superstar and so ungracious,” wrote another.

(With added inputs from IANS)