Anupamaa is the most-watched drama right now, and its new plot has the fans smitten with Gaurav Khanna's character Anuj Kapadia. 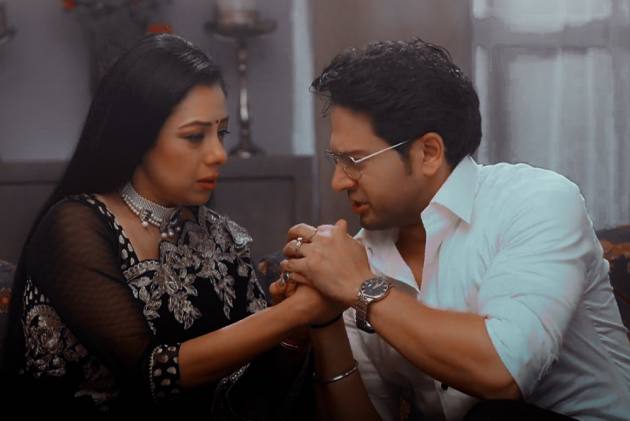 In the newest episode of 'Anupamaa,' Rupali Ganguly's Anupamaa and Gaurav Khanna's Anuj Kapadia continue to grow closer as their relationships become deeper.

Anuj falls asleep on Anupamaa's lap after an emotional breakdown in front of her before his sister pulls them back inside the home. Anuj assures Anupamaa the next morning that he won't leave her work in the kitchen alone, and the two enjoy a passionate moment. In the next sequences, Anuj just stands behind Anupamaa and has a 'khoobsurat haadsa,' as their admirers term it. Anupamaa's long hair brushes across Anuj's face, and he is taken aback by her beauty. Anuj moves closer to her, and Anupamaa can't stop herself from flushing.

Fans of #MaAn can't get enough of the couple's love connection, and the scene has gone viral. Many of these followers expressed their admiration for Anupamaa and Anuj on social media. Since its debut, the serial 'Anupamaa,' starring Rupa Ganguly in the lead character and actor Sudhanshu Pandey opposite her, has dominated the TRP rankings. The programme has struck a chord with the public, who can't get enough of the couple's adorable chemistry and the naive nature of their relationship.

These moments are so heart warming âÂÂ¤

Despite all of Anupamaa and Anuj's struggles, their connection becomes deeper with each new episode. The appearance of Anuj's younger sister Malvika adds a fresh twist to the storyline of the drama 'Anupamaa.' While she doesn't seem to mind Anupamaa living with her, there appears to be some historical baggage that might stifle Anupamaa and Anuj's blossoming relationship.

In the trailers, Malvika is shown behaving angrily and fleeing the home, prompting Anuj to chase him down and stop her. We'll find out in the next episode what new twists and turns Malvika's arrival brings, as well as how Anupamaa will manage all of this fresh drama, and we'll keep you posted on the show's plot.