Farhan Akhtar: ‘Jee Le Zaraa’ Was Too Exciting To Say ‘I Will Do It Some Other Time’

Farhan Akhtar is returning to his first love, film direction, with ‘Jee Le Zaraa’ after a gap of 10 years. Talking to Outlook, he opens up about why he decided to make this comeback. 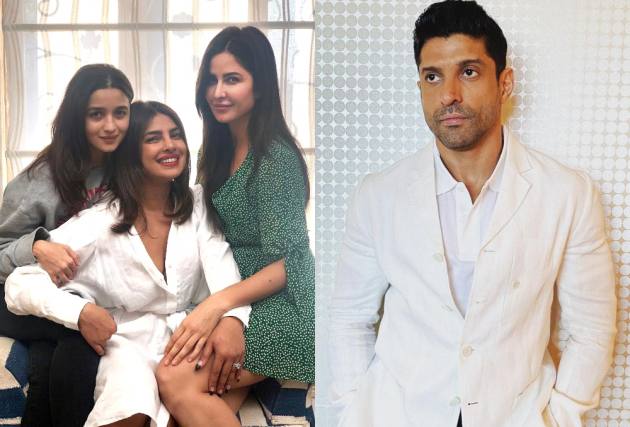 Farhan Akhtar began his journey as a filmmaker and gave some of the most memorable films like ‘Dil Chahta Hai’, ‘Lakshya’, ‘Don’ and ‘Don 2’. His direction style was referred to as a fresh approach towards filmmaking, and he brought in a new brand of movie-making with him. Despite all his movies doing great business and him becoming one of the most popular directors of Bollywood, he somehow decided to move away from this and concentrate more on acting. For almost a decade he has been solely concentrating on acting and not venturing to his first love, direction. Finally, with ‘Jee Le Zaraa’ he is returning to film direction.

This is a comeback that his fans had been expecting for a really long time. Talking about what prompted this comeback, Akhtar says, “Just this idea of what we are about to make. It was too exciting to say like, ‘I'll do it some other time’. It just felt right. And then we were absolutely lucky with getting a great cast to come to work together. So it just felt like the time was right. The script felt right, the cast is absolutely the perfect cast. And anyone would say that they would want to make this film. So, I'm just really excited that, that's me.”

The film promises to be another tale of friendship following the lineage of ‘Dil Chahta Hai’ and ‘Zindagi Na Milegi Dobara’, both of which have become cult classics over the years. ‘Jee Le Zaraa’ stars Katrina Kaif, Priyanka Chopra and Alia Bhatt, who are three of the most popular female stars of today’s generation. It’s a casting coup for sure which not many would have thought possible.

On the work front, Akhtar was last seen in ‘Toofaan’, which was released on Amazon Prime. He played a boxer in the film opposite actress Mrunal Thakur. Directed by filmmaker Rakeysh Omprakash Mehra, the film got a massive response on OTT and even in its world television premiere, it saw an immense spike in viewership.

‘Jee Le Zaraa’ is reportedly going on floors around September 2022 and will be ready for release in the summer of 2023.