The filmmaker has shot the first schedule of the Vidyut Jammwal starrer at various locations in India. 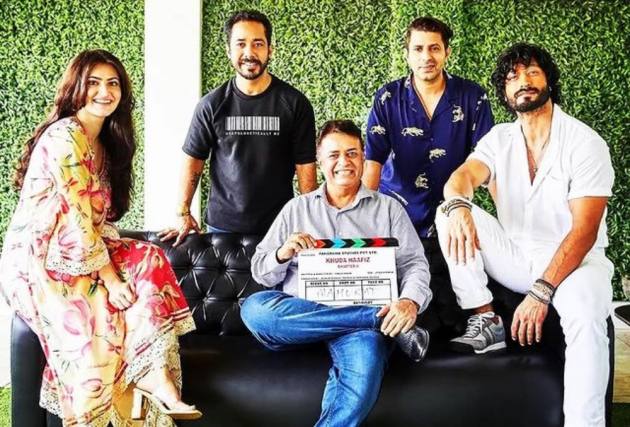 Filmmaker Faruk Kabir is currently in Egypt to scout perfect locations for the second shooting schedule of his film 'Khuda Haafiz Chapter II: Agni Pariksha'. The film, which brings back actor Vidyut Jammwal as the lead has already completed its first schedule in India.
While many filmmakers go for regular locations such as fast paced cities for their action thrillers, Kabir went for Egypt for the variety it offers.
While speaking about the same, Kabir tells us, "I wanted to shoot the film in Egypt because it's one of the oldest civilizations and countries in the world. It's rich with mix of architectures. You have the cultural and modern, both colliding with each other and that's why I chose this as a visual space I wanted to shoot parts of the film in."
The filmmaker reveals that this location suits the storyline as well.
"Organically in the film, the story forces the character yo go in search of something, so I felt Egypt should be in the right space for that," he says.
With 'Khuda Haafiz Chapter II: Agni Pariksha'  actress Shivaleeka Oberoi will also reprise her role.
The second installment of the 2020 film, went on floors in July this year. The first part of the film also starred Shiv Panditt and Kubbra Sait.