'Fast And Furious 9' Goes To Space, Vin Diesel Says ‘Its Delicious. We Are Crazy’

The idea to venture into space first emerged as a joke from screenwriter Chris Morgan before the release of the eighth installment, 'The Fate of the Furious' in 2017. 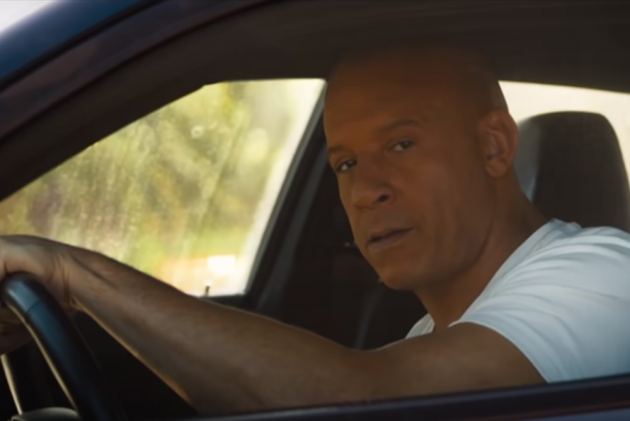 "Fast & Furious" franchise is pulling off another over-the-top stunt sequence in its ninth chapter by going to space, an idea that lead star Vin Diesel says was a "crazy contribution" from director Justin Lin.

Diesel, whose character Dominic Toretto has been at the forefront of the franchise, known for its crazy car chases and high-octane action sequences, said when Lin told him about the idea, his "jaw was on the ground".

"It's delicious. We are crazy," Diesel said in a global press conference via Zoom, of which PTI was also a part.

On Wednesday, Universal Pictures released the latest trailer for the highly-anticipated film.

In one of the sequences, Tyrese Gibson's Roman Pearce and Ludacris' Tej Parker are seen in space suits, taking their car converted to a rocket ship and going to the edge of outer space.

The idea to venture into space first emerged as a joke from screenwriter Chris Morgan before the release of the eighth installment, "The Fate of the Furious" in 2017.

But the latest chapter has turned it into a reality now.

Both Lin and Diesel brainstormed on the idea together with the director also consulting rocket scientists to neatly pull off the stunt sequence.

"Research was done. Justin and I would go off and brainstorm everything and it was a crazy contribution from Justin. My jaw was on the ground because I was like it's delicious. We are crazy."

The filmmaker said the much-talked about action sequence in the latest installment is "very organic" and completely in sync with what they are trying to achieve with the franchise.

"I think this journey, I feel like it's been earned, every relationship with a fan from globally has been earned. So I think it's our responsibility, every time that we get an opportunity, to really kind of push it. To me, it was not like an agenda or something that we had to do..."

The director, whose credits also include "Star Trek Beyond" and another upcoming "Fast and Furious" movie as well as the "Bourne Legacy" sequel, said the the franchise has a lot of meaning to him.

"It was just very organic and in the spirit, in the essence of what we're trying to do with this franchise. To me actually, it has way more meaning than a kind of physical act. I think creatively, even before the world has seen it, it has more profound meanings than I intended," Lin added.

Diesel, 53, agreed with the director.

"What this saga has done is, it gives you a spectacle but behind it, there is always meaning. And when you see it, and you see the storyline of the characters that are there, they're so perfectly placed. There's a storyline that runs through the movie that has to deal with their characters' evolution.

"I noticed that people are gonna be like 'you really just did that!'. And that's the fun. Again it's a fascinating thing to always elevate the spectacle, but as much as we are seemingly elevating the grand spectacle of the movie, we're always digging deeper," the Hollywood star, who plays Dominic Toretto in the franchise and has been its part from the beginning, said.