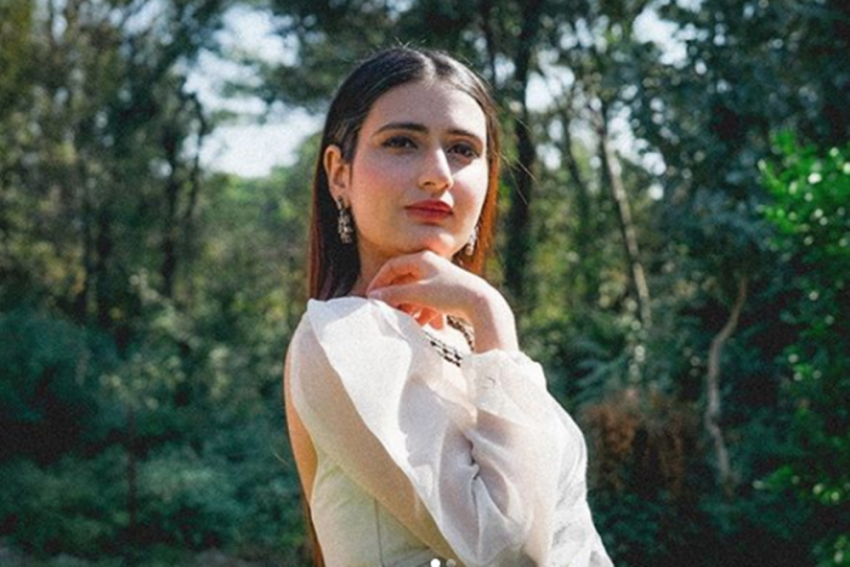 Bollywood actress Fatima Sana Shaikh has been roped in to play the lead role in the the Hindi adaptation of “Aruvi”, the makers announced on Friday.

“Aruvi” is an Hindi-remake of 2017 Tamil blockbuster movie directed by Arun Prabu Purushothaman, starring Aditi Balan, who was seen in the recently released anthology “Kutty Story”.

The story follows a girl born and brought up amidst the ever growing eco-social-consumeristic environment. She finds it difficult to fit in the society and decides to take it hard on the people.

Applause Entertainment has collaborated with Faith Films for the remake, which will be directed by E Niwas of “Shool” fame.

Shaikh, who was last seen in “Suraj Pe Mangal Bhari”, said she is thrilled to be part of the project.

“I am glad Applause Entertainment and Faith Films have come together with E Niwas to make this great content and I am excited to embark on this journey. I am looking forward to dive deep into the skin of the character of Aruvi,” Shaikh said in a statement.

“Aruvi”, which is a commentary on consumerism and misogyny, among other prevalent issues, saw Balan playing a progressive girl.

Sameer Nair, CEO, Applause Entertainment, said the team was drawn by the unconventional narrative of “Aruvi” and decided to retell the story for the larger audience.

“Equally funny and ferocious, Aruvi is a provocative, feminist social satire that stunned us when we first saw it. We were drawn in by its unconventional narrative, deftly balancing its black comedy leanings, with the beats of a tautly executed thriller,” Nair said.

Viki Rajani, founder, Faith Films, said there is a lot of pressure to match up to the level of the original, but he is confident that the team on board will be able to recreate the magic.

Niwas said he feels honoured to direct the Hindi version.

“'Aruvi' is not just a story of a hero. It’s a triumph over the labyrinths of life. It’s totally euphoric and a privilege to explore one of the most beautiful cinematic characters I have come across. Fatima is a befitting choice,” he added.

The Hindi adaptation is set to begin filming in mid-2021.