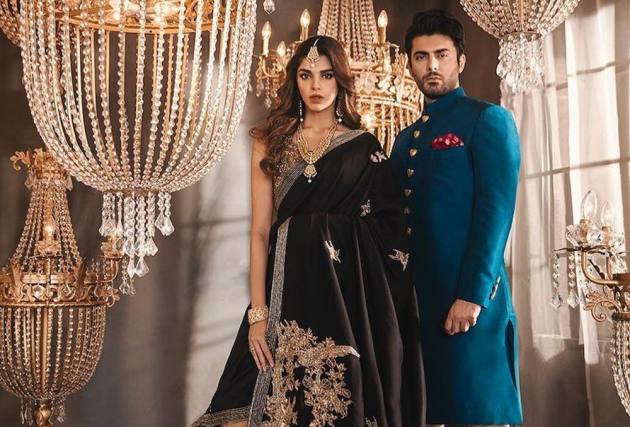 The yet-to-be-titled show, to be streamed on ZEE5, will be helmed by acclaimed director Asim Abbasi, known for 'Cake' and the hit Zindagi Original 'Churails'.

According to the makers, the series blends together "magical realism and supernatural fantasy within a family reunion setting", dealing with the themes of love, loss and reconciliation.

"Fawad plays a single parent - charming but ridden with guilt for what he has lost. With his son, he tries to be every bit the father his own father was and wasn’t. Sanam plays the central female character in the series.

"Harbouring otherworldly secrets, she takes it upon herself to heal, and make whole, everyone who surrounds her," the note from the makers read.

Khan, who became a household name in the country with Pakistani dramas like 'Zindagi Gulzar Hai' (2013), 'Humsafar' and later with Hindi films like 'Kapoor & Sons' and 'Ae Dil Hai Mushkil', credited Zindagi for being an "inclusive" platform for artistes.

"I think Zindagi is taking bold and brave decisions when it comes to storytelling. It’s naturally evolving into a platform that encourages diversity of opinion and inclusiveness for all filmmakers and material ranging from everyday mainstream to avant-garde and noir. I feel there’s a place for everyone in this artistic landscape," the 40-year-old actor said.

Saeed said she is thrilled to collaborate with Abbasi after the duo's acclaimed "Cake" in 2018.

"This new project embarks on a fantastical journey with some stunning performances by a very meticulously picked cast. I can't wait for everyone to see the magic that's been created in this beautiful limbo land," Saeed, 36, said.

Shailja Kejriwal, Chief Content Officer, Special Projects, Zee Entertainment Enterprises said the team is elated to bring together the trio of Khan, Saeed and Abbasi for the project.

"This time we have experimented with the genre as well as the storyline. While audiences have often seen shows on family dynamics, this one is infused with realms of mystique and fantasy, making it a fascinating watch," she added.

Director Abbasi said Zindagi has become a "pioneer", not only for India-Pakistan over-the-top (OTT) collaborations, but also for encouraging artistes to "push boundaries of narrative storytelling".

"I experienced that with 'Churails' and I am experiencing that again with this project. Under Shailja's support and guidance, Zindagi has truly become a home for many filmmakers like me, where we can see our craziest, wildest ideas come to fruition. I am feeling blessed, and very hopeful that this new project will have a very strong emotional resonance not only with the South Asian viewers, but a global audience," the filmmaker said.k

The series has gone on floors, with a large part of it being shot in the picturesque Hunza Valley, Pakistan.