A new film, 'The Gandhi Murder' questions the narrative around Mahatma Gandhi’s assassination at the hands of Nathuram Godse. 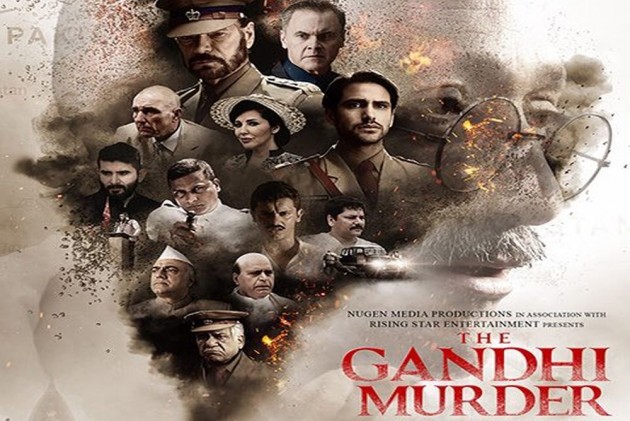 A new film, 'The Gandhi Murder' questions the narrative around Mahatma Gandhi’s assassination at the hands of Nathuram Godse, hit UK screens on Wednesday, marking the 71st death anniversary of the leader of the Indian independence movement.

'The Gandhi Murder', described as a period film based on true events surrounding the killing of the Father of the Nation, will not be released in India at present due to alleged death threats faced by its co-producers.

"It is very sad that some extreme elements, without knowing the content of works of art, decide to attack it. This film does not demonise anyone, it is an attempt to analyse the historical facts," said Pankaj Sehgal, the film's writer and co-director.

What If Godse's Bullets Had Missed Gandhi?

"Gandhi belongs to the whole world and is being simultaneously released in many countries including the UK, US, Middle East, Canada, Russia, France and even Pakistan. Ultimately, the film will reach Indian audiences as well," he said.

It claims that the police and many Indian politicians were aware of the threat to Gandhi’s life, and even knew of the key planners.

"The film demonstrates that the assassination was not an act of a single assassin, but a collective plan hatched within the corridors of power of the newly independent India," said Sehgal, who has been conducting research on the subject in historical archives over several years.

"Our intent is to show Gandhi’s immense contribution to India post-Independence, which is something that very few people understand. They don't understand that his assassination was bigger than any of his other contributions... India was on the verge of a civil war," added Sehgal, who believes that the murder on January 30, 1948, silenced the communal frenzy that was threatening to further erupt in the aftermath of Partition the previous year.

The film stars Spanish actor Jesus Sands in the role of Gandhi and also marks the last film by Indian actor Om Puri, who passed away in January 2017 soon after completing the shooting on the project.

"Gandhi and his philosophy of passive resistance are well-known in Spain and, of course, we are all familiar with Ben Kingsley's portrayal in Richard Attenborough’s ‘Gandhi’. It was a massive task to take this on,” said Sands, who is also a co-producer on the project.

The narrative follows three senior police officers in different parts of India, who, well aware of the intelligence that Gandhi's life is under threat, must take key decisions.

The film, with an international set of cast and crew from 34 different nationalities, sets out to question who really played a role in the murder and whether some conspiracy theories around the tragedy are indeed credible.