From Vin Diesel’s ‘F9’ to Daniel Craig’s last involvement as James Bond in ‘No Time To Die’, here are five of the highest-grossing movies in the world this year. 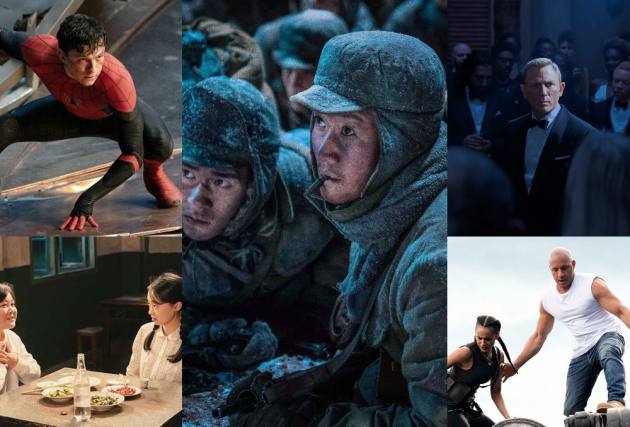 Due to the ongoing pandemic, and the subsequent second wave, towards the middle of the year, had left things in lurch for the film industry. As a result, the theatrical releases were few and far between, with makers, deciding to release their movies on the OTT platform, or they decided to wait. This year, therefore, as to no one’s surprise, five of the highest-grossing movies were all released in the latter half of the year. But it wasn’t a Hollywood film that made the most collections this year. From Vin Diesel’s ‘F9’ to Daniel Craig’s last involvement as James Bond in ‘No Time To Die’, here are five of the highest-grossing movies in the world this year.

With collections of over 700 million dollars, the ninth episode of Vin Diesel-led ‘Fast and Furious’ franchise is the fifth highest-grossing film in 2021. Despite average reviews, the latest instalment from popular movie franchise continued to ride the wave of success, thanks to the legacy left behind by its prequels, and became one of the biggest films to have been released this year.

The third sequel in the MCU Spider-Man franchise, starring Tom Holland was released two weeks ago, and has already become the fourth highest-grossing movie of this year, and it looks completely likely that it will de throne Daniel Craig’s ‘No Time To Die’, from the number 3 spot, soon. One of the most popular releases by Marvel this year, ‘Spider-Man: No Way Home’ has made over 750 million dollars.

Daniel Craig’s final outing as fictional British spy, James Bond is the third highest-grossing film, this year. The film had gone through several delays, before and during the ongoing pandemic, managed to become one of the highest-grossing James Bond movies of all time with a total collection of over 750 million dollars. The film, which was released in October is still running in a few theatres across the globe.

Chinese film market has done well, strictly in terms of setting the cash registers rolling at the box office. This year as well, for the top two spots of the highest-grossing films, is occupied by two Chinese films. Chinese time-travel comedy ‘Hi, Mom’ starring Jia Ling, Shen Teng, and Zhang Xiaofe, is the second highest-grossing film in the world this year, with collections of over 800 million dollars.

1. 'The Battle At Lake Changjin'

The Chinese film ‘The Battle at Lake Changjin’, starring Wu Jing and Jackson Yee, is the highest-grossing film with a collection of 900 million dollars at the box office. It is also the most expensive film ever made in China. The film, revolving around a group of Chinese soldiers defeating US troops in a battle during Korean War, against all the odds, is also the highest-grossing non-English language film of all time.