For Pranav Misshra, Horse Riding Is Not Just For Leisure

The television star opens up on his love for horse riding and how it has helped him build his core strength. 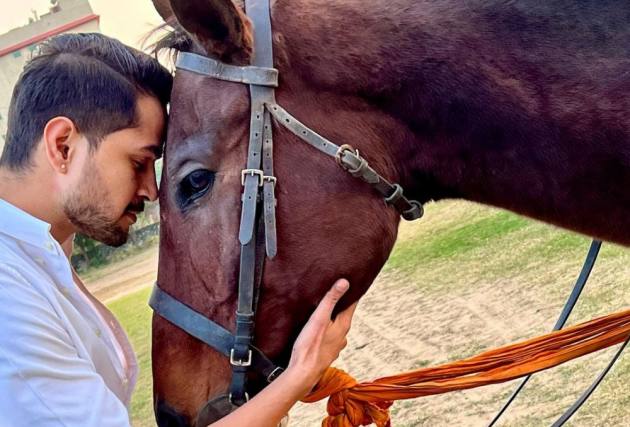 Actor Pranav Misshra, who is currently seen as Akshay Mehra in the television show 'Bade Achhe Lagte Hain 2' not only enjoys horse riding as a fun activity but also because its multiple benefits help him become stronger physically.

The actor often posts about his love for horse riding through his social media account.

Talking about the importance of horse riding beyond just a leisurely activity, Misshra tells us, "People may dismiss horse riding as a leisure activity but it’s also a form of isometric fitness, which can strengthen your body’s core. Just by balancing on the animal, you are forced to use certain muscles, such as your thighs. Horses are often used by individuals with disabilities or people who are recovering from injury for this very reason. Isometric training is exercise in static positions, while your joint angle and muscle length don’t change during the routine."

The actor, who has earlier featured in shows like 'Jodha Akbar', 'Internet Wala Love', and 'Naagin' among others, feel the sport has help him also to increase his coordination.

"Riding isn’t necessarily as simple as some people may think. Controlling a pony’s speed requires you to coordinate your rein pressure, leg pressure as well as the position of your body, simultaneously. One popular comparison is trying to rub your stomach, pat your head and skip at the same time. It isn’t that easy," he says.

He adds, "Once you become more of an accomplished rider you will learn all of the subtle movements to use in order to get the animal to react as you want. You’ll also learn how to adeptly use different parts of your body, independently, which you can then use in other sports, such as tennis, where coordination is key."