It has been curated by Scottish historian and author William Dalrymple. 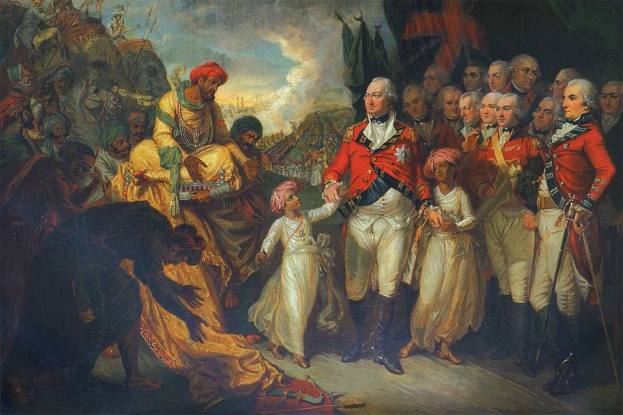 "Historically overlooked" Indian master painters like Bhawani Das, Sita Ram and Ghulam Ali Khan, whose works were commissioned by East India Company officials in the late 18th and 19th centuries, will be part of an upcoming exhibition in London.

The first UK exhibition of its kind, "Forgotten Masters: Indian Painting for the East India Company", is set to be hosted at London's Wallace Collection in collaboration with Delhi-based DAG.

It has been curated by Scottish historian and author William Dalrymple.

The show that opens on December 4 "moves the emphasis from the Company commissioners onto the brilliance of the Indian creators".

"We are very excited to be partnering with DAG to bring these exquisite works together for the first time in the UK, belatedly recognising the genius of Indian artists from this period, who are largely unknown in the West.

"We hope this exhibition will introduce a wider audience to one of the most interesting but often under-appreciated phases of Indian painting," said Xavier Bray, Director of the Wallace Collection.

The show seeks to belatedly honour artists like Das, Ram and Khan, along with Shaikh Zain ud-Din, Shaikh Mohammad Amir of Karriah among others and sheds light on a forgotten moment in Anglo-Indian history.

The show will explore the four main centres of what has traditionally been described as 'Company School' painting -- Calcutta and Lucknow, where provincial Mughal painters from Murshidabad, Patna and Faizabad were employed; Madras and Tanjore, where artists from the South Indian traditions received patronage; and Delhi, where Imperial Mughal artists created some of the finest works of this period.

It will highlight the conversation between traditional Indian, Islamic and Western schools of art and feature works from Mughal, Marathi, Punjabi, Pahari, Tamil and Telugu artists.

"Reflecting both the beauty of the natural world and the social reality of the time, these dazzling and often-surprising art works offer a rare glimpse of the cultural fusion between British and Indian artistic styles during this period," organisers said.

These paintings were commissioned by a diverse cross-section of East India Company officials, ranging from botanists and surgeons, through to members of the East India Company civil service, diplomats, governors and judges, and their wives, as well as by more itinerant British artists and intellectuals passing through India for pleasure and instruction.

"What they all had in common was scholarly interest in, and enthusiasm for, India's rich culture, history and ecological bio-diversity," organisers said.

The exhibition will also have on display a Mughal dagger, now part of the Wallace Collection, which has a direct connection to one of the most prominent East India Company patrons of this period -- Claude Martin, under whose patronage, Lucknavi artists such as Bahadur Singh and Mihr Chand fused their Mughal training with European conventions.

"Our partnership with the Wallace Collection highlights DAG’s commitment to taking Indian art to wider audiences, in India and abroad, so as to facilitate a deeper understanding of the depth of Indian art traditions, particularly those which have historically not been given their due," said Ashish Anand, Managing Director and CEO of DAG.