Cain also said it could have been a brave move if DC Comics had the popular comic book character fight for 'the rights of gay people in Iran where they'll throw you off a building for the offense of being gay'. 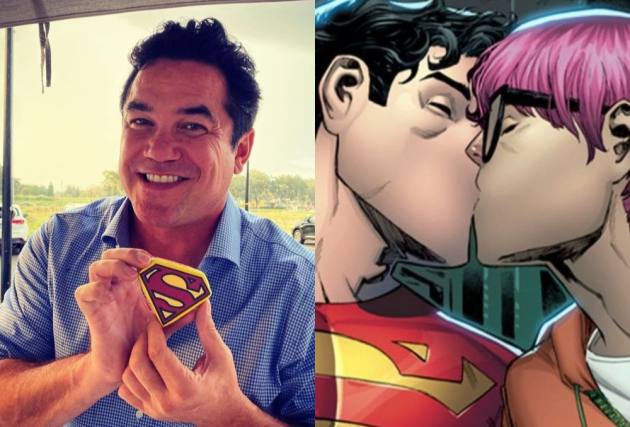 American actor Dean Cain, who played the role of Clark Kent aKa Superman in the American TV series ‘Lois & Clark: The New Adventures Of Superman’, has slammed the latest issue of DC Comics, where Clarke Kent has come out as a bisexual.

"They said it's a bold new direction, I say they're bandwagoning. Robin just came out as bi -- who's really shocked about that one? The new Captain America is gay. My daughter in (The CW series) Supergirl, where I played the father, was gay.  So I don't think it's bold or brave or some crazy new direction. If they had done this 20 years ago, perhaps that would be bold or brave," Cain said.

The kiss takes place on issue five of the comic book series, ‘Superman: Son of Kal-El’, which becomes available on November 9. The publisher describes the 17-year-old new Superman as bisexual.

Cain also said it could have been a brave move if DC Comics had the popular comic book character fight for "the rights of gay people in Iran where they'll throw you off a building for the offense of being gay".

"They're talking about having him fight climate change and the deportation of refugees, and he's dating a hacktivist -- whatever a hactivist is. Why don't they have him fight the injustices that created the refugees whose deportation he's protesting? That would be brave, I'd read that.

"Or fighting for the rights of women to attend school and have the ability to work and live and boys not to be raped by men under the new warm and fuzzy Taliban -- that would be brave. There's real evil in this world today, real corruption and government overreach, plenty of things to fight against. Human trafficking -- real and actual slavery going on... It'd be great to tackle those issues," added the 55-year-old actor who portrayed the role of the Kryptonian for four seasons..

On the other hand, comic book writer Tom Taylor said he is overjoyed with the reaction to his portrayal of a new Superman as bisexual.

"People (are) contacting me from everywhere just saying they saw the headline and they burst into tears. They never imagined that Superman could represent them," Taylor told Australian Broadcasting Corp radio in his hometown Melbourne, Australia.

"I've also had messages from older queer people who said how much they wish they had this when they were younger and how grateful they are that this generation has this sort of representation," he added Wednesday.