'Free Guy' Movie Review: Ryan Reynolds Is A Super Hero As He Saves The Virtual World And The Film!

Despite a predictable, pretty straightforward storyline and a few lengthier scenes ‘Free Guy’ is a pretty enjoyable picture. If nothing, it will at least remind you of why Ryan Reynolds has become such a popular actor in the last five years. 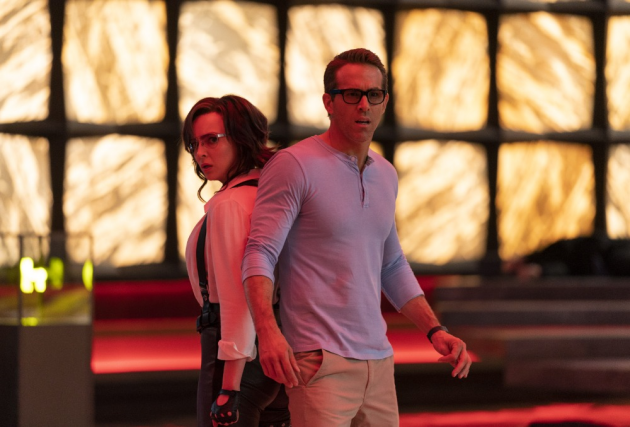 Canadian actor and Hollywood star Ryan Reynolds has probably figured out the kind of characters and roles which suit his eccentric but charming personality. So, if you take a look at his recent filmography, one common trait in all of the characters that Reynolds has played, over the last five years, is that none of them take themselves seriously, much like the 44-year-old actor himself.

Ryan Reynolds’ latest film, ‘Free Guy’ directed by Shawn Levy, is no different. The two-hour-long movie is not something that might leave people in awe or amazement but has enough moments which keep the viewer interested throughout its runtime.  It is no surprise to say that Renyolds’ performance is at the heart of this movie, which offers little in terms of a storyline or even themes, other than the often-seen corporate greed and ruthlessness, especially in the West.

Ryan Reynolds plays ‘Guy’, a video game character, created as a part of the video game ‘Free City’, which is owned by the company owned by Taika Watiti’s character, who epitomises the aforementioned corporate greed and deviousness.

The Guy can sense something is wrong with his daily routine, which is nothing but a loop designed as per the video game, since he is nothing but a background player in an open-world video game, and tries to break free from that, but is unable to.  Until he meets Moltov Girl aka Milli, who pushes Guy, to be the ‘hero’ in a game, where everyone else is out to rob, kill or just shoot at other people.

So, our ‘Guy’, in his endeavor to chase the beautiful woman who validated his doubts about being stuck in a loop, goes on the proper hero arc, and of course, in the end, it is him, who has to the virtual world and its inhabitants.

One can probably argue that the story might remind them of a superhero film, and they might not be wrong, but the umpteen references to different superheroes in the film will probably confirm that despite all the similarities, it is still a very David-Vs-Goliath story, about just another ‘guy’ (pun intended) trying to do what he thinks is right.

Taika Watiti as the evil, impulsive and temperamental head of a multi-dollar gaming company, proves that his passion for films can never be questioned. Joe Kerry, like Keys, the architect of the video game, is impressive and just like ‘Stranger Things’, manages to stay in the background, yet appears at exactly the right time, when he is needed the most, not imposing himself in the movie or the video game. Jodie Comer as Molotov Girl, aka Millie, who writes the code for the video game and is on a crusade to free it from the hands of evil Watiti, too delivers an impressive performance as her character goes through interesting highs and lows throughout the film.

So, despite a predictable, pretty straightforward storyline and a few lengthier scenes ‘Free Guy’ is a pretty enjoyable movie. If nothing, it will at least remind you of why Ryan Reynolds has become such a popular actor in the last five years.