Tran also took to Instagram and posted pictures of himself with the baby. 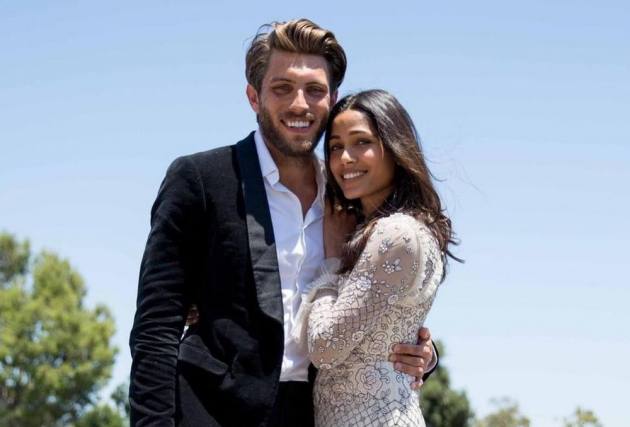 Actress Freida Pinto and photographer Cory Tran have welcomed a baby boy into their family. In a birthday post for her husband Tran, the actress revealed their baby's name and posted the first photographs of him. Pinto shared a photo of the photographer with their baby lying on his chest, as well as a photo of herself carrying her baby in her arms, without disclosing the baby's face, on Monday.

She went on to write a heartfelt caption, where she eventually revealed the baby's name. "I celebrate you my husband, friend, and partner in life." she wrote in the post.

Tran also took to Instagram and posted pictures of himself with the baby. "Best birthday gift you could ever ask for." he wrote.

The duo that got married during the pandemic, welcomed their first child last month after announcing their pregnancy in June of last year. Pinto spoke about her life as a new parent and her postpartum experience in an Instagram post on October 26. She put down in the post about how important that phase of pregnancy is, saying she is well equipped to handle it. Pinto, who is most recognised for her role in the Academy Award-winning film 'Slumdog Millionaire', directed by Danny Boyle, went on to say that she is filled with relief to know about postpartum and is confident to get through it.