'Friends: The Reunion' To Premier In India On ZEE5

'Friends: The Reunion' was delayed multiple times due to the production shutdown caused by the COVID-19 pandemic. 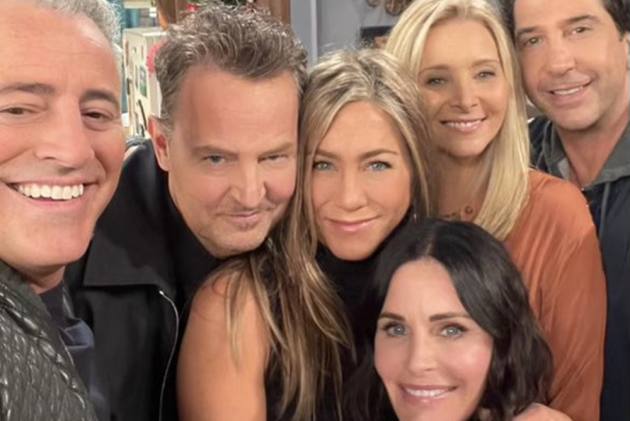 The online streaming platform, ZEE5, on Sunday announces that the much-awaited "Friends: The Reunion" will exclusively premiere on the platform.

The date of its Indian debut is yet to be revealed, however, the special is scheduled to be released on the streamer HBO Max in the US on May 27.

Manish Kalra, Chief Business Officer, ZEE5 India said, they are excited to bring the show on their platform for the Indian audience, where the sitcom enjoys massive popularity.

"'Friends' is amongst the world's most-watched and loved sitcoms and it is a great opportunity for us to present their reunion, something that the world has been talking about, on ZEE5 for fans in India, who can enjoy it from the safety of their home," Kalra said in a statement.

The special was delayed multiple times due to the production shutdown caused by the COVID-19 pandemic. It was originally set to film in February 2020 but was only able to begin filming in April this year at the iconic comedy's original soundstage, Stage 24, on the Warner Bros Studio lot in Burbank, California.

The show, which first aired in 1994, was a phenomenon during its decade-long run and later achieved a cult status through TV reruns and streamers.