Netflix’s ‘South Korean webseries ‘Squid Game’ has become the most watch Netflix original, and many have raved about the show, including some really popular international celebrities. 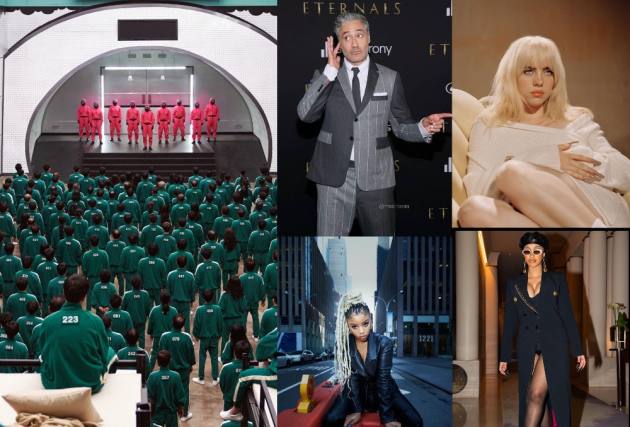 The recently released South Korean drama ‘Squid Game’ on Netflix, has had people swooning about the show and the various themes, from across the globe. It managed to beat ‘Bridgerton’ to become the streaming giant's most-watched show ever.

Ever since its release, the show which revolves around the themes of economic disparity and more in a hard-hitting manner, has left audiences in awe of it. Not just netizens, even celebrities have been left stumped by this show and several of them have even reacted to it on social media as well as spoken about it during media interactions. Here’s a look at what some of the most popular celebrities have said about the series so far.

Billie Eilish is a Squid Game fan and found the show so addictive that during her recent interaction with Sunrise Australia, the 19-year-old singer revealed that she finished watching the show in merely two days. Can we blame her though? The intensity of the show is such that it's impossible to stop watching it.

Cardi B is certainly a Squid Game fan and if you have any doubts, her Twitter profile picture will certainly prove it. The singer recently updated her Twitter DP to the famous doll from the show. Not only that, during a recent Instagram live session, the singer also crooned the "Red light Green light" song from the show.

You don't have to watch Squid Game dubbed in English.

Taika Waititi also showed that he has indeed watched Squid Game and in fact also urged his followers that it can be watched in its original language, which is Korean along with subtitles. Taking to Twitter, Waititi wrote, "You don't have to watch Squid Game dubbed in English."

Chloe Bailey also showed her excitement about watching the Netflix show on social media as she wrote, "wow finished squid game today… let’s talk about it." Bailey in a recent interview also called the ending of the show "interesting" and maintained that she hopes to see a greater second season.