Actors Sandra Oh and Andy Samberg opened the first awards ceremony of the season – The 76th edition of the Golden Globes 2019. 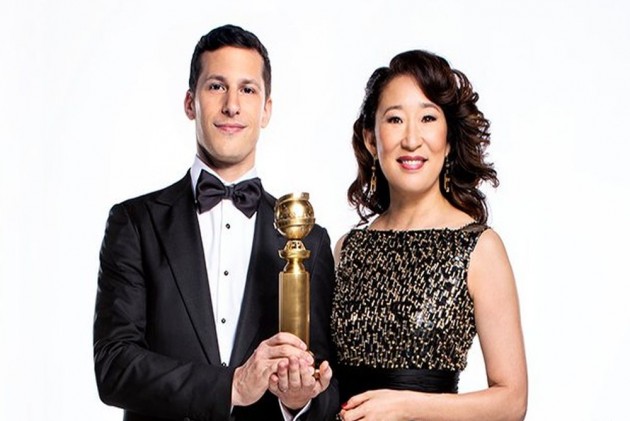 Actors Sandra Oh and Andy Samberg opened the first awards ceremony of the season – The 76th edition of the Golden Globes 2019 on Sunday.

The monologue by the co-hosts was volumes lighter as compared to last year's politically heavy-handed content by Seth Meyers, who memorably tore into Hollywood's sexual harassment scandal that started the winds of change from October 2017 in the wake of the #MeToo movement.

Christian Bale won his first Best Actor in a Musical or Comedy Golden Globe award for his performance as Dick Cheney in "Vice" and thanked "Satan" for inspiring him to play the role of the former US vice president.

Meanwhile, Comedy icon and actor Carol Burnett was honoured as the eponymous winner of the first-ever award in her name at this year's Golden Globes, where she paid an emotional tribute to television.

The List of Winners at the Golden Globe Awards 2019

Best Original Song In Any Motion Picture: Shallow, A Star Is Born

The Cecil B. DeMille Award:

Jeff Bridges honoured with Cecil B. DeMille Award for his lifetime work and achievements.

The Cecil B. DeMille Award is given annually to a talented individual who has made a lasting impact on the world of entertainment.