From Faridabad To New York: Karan Choudhary On His Journey As An Actor And Filmmaker

Actor Karan Choudhary spoke to Outlook about his journey so far, his latest film 'Swiped Out' and creative process behind it and future plans. 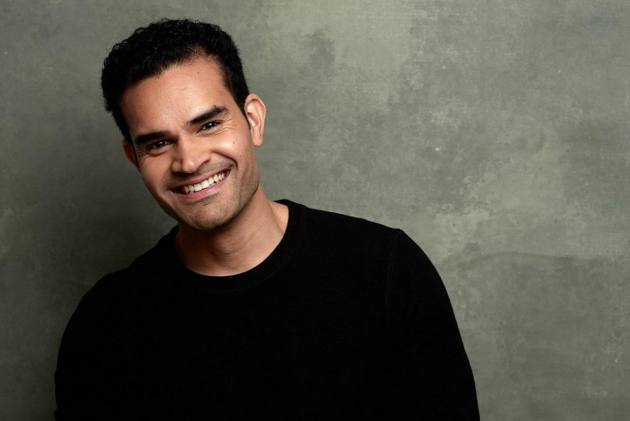 Hailing from Haryana’s Faridabad, Karan Choudhary added many feathers to his cap in several international film festivals. His films like 'New York’d' and 'Timepiece' won many awards and his latest movie 'Swiped Out' is yet again nominated at several film fests. Karan moved to New York in 2013 to pursue his education and career in acting and since then he’s settled well there. He spoke to Outlook about his journey so far, his latest film 'Swiped Out' and creative process behind it and future plans. Excerpts:

Let me put it straight, from Faridabad to New York that too in a very distinct field of work like acting, how did that happen?

Honestly, I’m still curious about my career choice too, but I always had an itch to do something different in life. Growing up in a small town, never having any identity or role models around me, was probably the reason I wanted to get out and make my own path. I always had the desire to be known for my work and leave a legacy behind. I think acting and filmmaking are noble professions that help you do that. And there’s no better place than New York to fulfill your artistic goals, so I came here to study acting and now it has become my home.

Filmmaking and acting are such art forms which undergo vigorous changes with time and the audience. How do you meet these challenges?

By staying authentic and seeking truth in your writing and acting. I think storytelling never gets old; it just evolves as time passes. As long as you stay truthful to your craft and evolve with the medium of storytelling, you overcome the challenges. Also, the mindset of “never too old to learn a new skill” or enroll in a class helps to stay updated and overcome those vigorous changes.

You have already made it through with awards and nominations in your bag, how do you see this success and what keeps you motivated?

I think this is just a start of where I envisioned myself in the long run. It’s nice to be recognized for your work and I’m truly grateful for all the awards and nominations my films have earned so far. I feel extremely lucky to be able to do what I love. Finding unique stories to tell as a filmmaker and striving for perfection in my roles as an actor is what keeps me going.

Your upcoming short film 'Swiped Out' got nominated at various film festivals, tell us more about the creative process behind it?

I wanted to tell this story for quite a while but time wasn’t on my side to write and produce this film. In March 2020, the whole world came to a full stop because of Covid-19 and I got all the time in the world to sit down and write this script. I wrote early drafts of the script in April-May 2020 and by July I had all the revisions and workshops of the final draft. I started doing the pre-production, casting, location scouting, etc. in August, and we shot the film in mid September in New York. By December 2020, our film was out of post-production and ready to start its journey at the film festivals.

'Swiped Out' feels like a story of any other desi guy abroad, clashing between two cultures and lifestyles. Does it give you more relatability as an actor? And how do you pull it off infront of the camera?

'Swiped Out' is not just a story of any Indian guy living abroad and overcoming the cultural and lifestyle differences. It’s a story about a guy who’s looking for a perfect partner at the wrong places and in the wrong ways. It has nothing to do with me being Indian in a foreign country; it could be anyone at any place in the world. I created this world to portray the character of Neil because I know these circumstances so well and the first rule of writing is “write what you know”. This is my fourth film as an actor/director and I had a lot of fun playing the character of Neil. It was challenging at times because I had to wear different hats throughout the making of the film but it was all worth it, in the end.

You are soon to be seen on the season six of CBS’s 'Bull', how was it working on such a loved project?

It was wonderful. I auditioned for this show a few times and it felt great when they finally gave me the part. I’m very happy because this is my first time on this show, as well as my first time being on any American network show. The episode will premiere on October 7th on the CBS network.

Last but not the least, are there any plans to make your way back home and hit on Bollywood?

I would love to be hired as an actor on a Bollywood film or a television show. If that doesn’t happen then I may have to make one for myself and act on it. The idea of working with some Bollywood filmmakers and having to deliver the dialogue in my native language excites me so much and I hope I get to do that very soon.