From ‘Sacrifice’ By The Weeknd To ‘You’ By Armaan Malik: Top 5 songs Of The Week

From the heavily inspired pop single by The Weeknd To, Armaan Malik’s fourth English-language single ‘You’, here are the top five songs for this week. 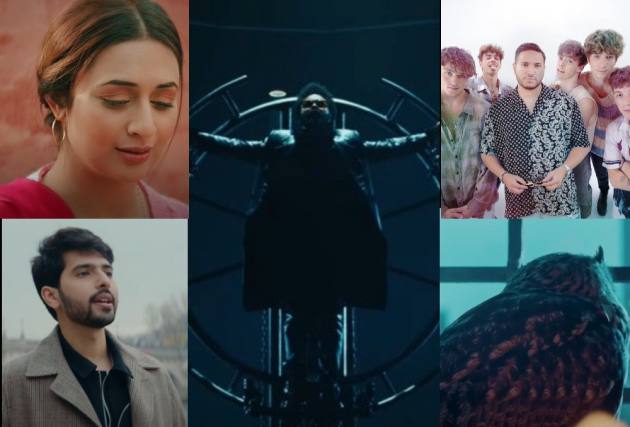 The year 2022 has started of on a musical note, with several musicians releasing singles and albums across the globe. The Weeknd’s album ‘Dawn FM’ is the highlight this week with the Canadian singer-songwriter releasing a 16-track concept album. Closer to home in India, popular singer songwriter Armaan Malik has released his first single off the year. Here are the top five hits released this week.

Multi-platinum producer Jonas Blue has kicked off the new year with a bang with an out and out pop number, ‘Don’t Wake Me Up’, which also features Why Don’t We, one of the most exciting boybands from the US currently. Opening up with arpeggiated guitars and piano, the track is soaked in addictive melody and is sung beautifully as well.

‘Sacrifice’ by The Weeknd

The Weeknd has officially dropped his latest album, Dawn FM. It would be difficult to include the entire album, but ‘Sacrifice’ from 16-track album is a classic throwback to songs by Michael Jackson, with a groovy bassline, synth samples that remind one of the sound of the 80s and the early nineties and is an out and out dance number.

This recent single is an addition to her last album, If I Can’t Have Love, I Want Power, which has been nominated at the upcoming Grammy Awards as well. Halsey continues to push creative boundaries, exerting an influence that shines because of the complex, daring the powerful artist Halsey is.

‘You’ by Armaan Malik

The slightly-acoustic, but powerful love ballad nonetheless, is how one can best describe Armaan Malik’s recent single, ‘You’. His fourth English single as a singer-songwriter, is about that warm fuzzy feeling, of finding a partner. Malik has done several romantic songs, and ‘You’ too is added to that long list, yet the simplicity of it is what sets it apart from the rest of the tracks.

This track with several folk-music elements by ‘Meet Brothers’ and sung by Asees Kaur, is a heartfelt song, which is about a father-daughter relationship. An achingly sweet romantic track that brings out the right emotions with Asees Kaur's flawless vocals, ‘Babul Da Vehda’, is a song is perfect to capture the moments of this relationship.