From Sanjay Dutt To Armaan Kohli: Tracing Bollywood's Drug-Fuelled Past

Here is a look at the Bollywood celebrities who have come under the police's scanner for consuming drugs. 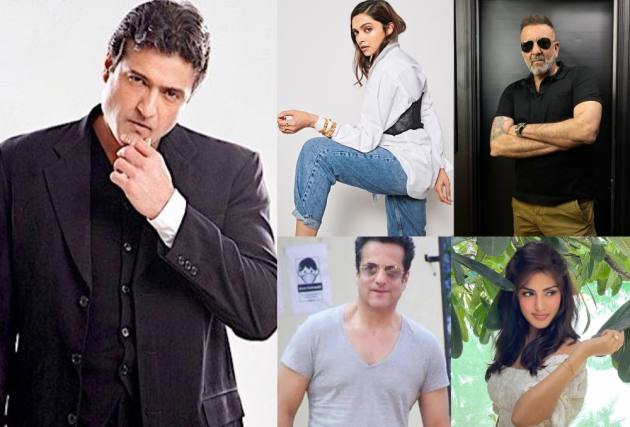 Why Bollywood gets hooked on drugs is a question that has been asked many times, but there is no absolute answer to this. The latest being actor Armaan Kohli, who was arrested by the Narcotics Control Bureau (NCB) on August 28 after a small quantity of cocaine was seized from his home after a raid. NCB had mentioned that there is enough evidence which suggest that Kohli was associated with an international drug syndicate.

In an interview with India Today TV after the Sushant Singh Rajput case Rhea Chakraborty had mentioned that the late actor was addicted to marijuana. There were many big stars whose names were out of the bag, around the same time. According to a Times Now report, Bollywood actor Deepika Padukone had confessed to the 2017 drug chats with her manager during the interrogation by the (NCB) in a drugs angle linked to Sushant Singh Rajput's death. However, there was no confirmation whether she herself consumed drugs.

Actor Shraddha Kapoor who has starred in the 2019 film ‘Chhichhore’ with Rajput was also linked with the drug case. Her name was given by SSR’s farmhouse caretaker. It was reported that she had joined Rajput’s farmhouse for many rave parties. Though Kapoor had admitted that she did party with SSR, but she said she had never consumed drugs.

Model-turned Bollywood actor Arjun Rampal was also questioned by NCB when his Australian friend Paul Bartel was arrested in a drug-related case investigation. Bartel was in touch with Agisialos Demetriades, a drug peddler and the brother of Rampal’s live-in partner, Gabriella Demetriades.

Actress of the nineties, Mamta Kulkarni also had a drug connection.  According to media reports Kulkarni was named as part of an international drug conspiracy and was found to have attended a meeting on transportation of drugs from Solapur to Kenya. It’s a well-known fact that Kulkarni is married to an international drug lord called, Vicky Goswami.

Veteran actor Fardeen Khan was arrested in 2001 by the Mumbai police for attempting to buy one gram of cocaine. He underwent a detoxification course and was later granted bail in 2012.

But perhaps, one of the first actors to have come out in the open and spoken about his drug addiction was Sanjay Dutt. He had mentioned in the past that he started substance abuse when he was 12-years-old. After Dutt left drugs, he mentioned in a talk show later, that he didn’t leave drugs because of his family, but he left drugs because he wanted to come out of it.