After a social media user pointed out that Anu Malik's song 'Mera Mulk Mera Desh' sounds a lot like the Israeli National Anthem, we take a look at five songs composed by him which sound a lot like some of the popular songs in the West. 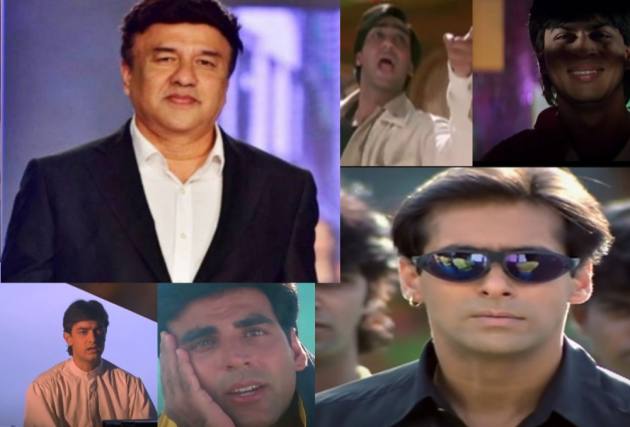 Music composer Anu Malik was in the news for all the wrong reasons again. The 60-year-old was trolled on social media, after a user shared a clip from the ongoing Tokyo Olympics 2020, and pointed out the uncanny similarities between the tunes of the Israeli National Anthem, which was composed in 1887, and the song 'Mera Mulk Mera Desh', composed by Malik for the 1996 film ‘Diljale’.

This is not the first time that Malik has been accused of plagiarism. Here are some of the songs, which allegedly have been copied by the popular music composer.

Picturised on Aamir Khan and Juhi Chawla in the 1995 film, 'Akele Hum Akele Tum', 'Raja Ko Rani Se Pyar Ho Gaya' sounds a lot like the theme song from the Oscar-winning film, ‘The Godfather’ which had rleased in 1971. The original theme from this Marlon Brando-Al Pacino starrer film was composed by Nina Rota.

This song picturised on actors Kajol, Juhi Chawla, Ajay Devgn and Aamir Khan in the 1997 film, 'Ishq', sonically bears a striking resemblence to the song 'Sending All My Love' by the American pop group, Linear, which released in 1990.

Yeh Kaali Kaali Ankhen/ Because Of You/ Guaglione

This song, picturised on actors Shah Rukh Khan and Kajol in the 1993 film 'Baazgar' is probably a copy of not one, but two songs. The intro and a few portions of the song, exactly sound like the song 'Because Of You' by the American pop group, Cover Girls, which released in 1986. The verses of the song, meanwhile,  sound a lot like 'Guaglione' by Giuseppe Fanciulli, which first released in 1956.

Even the title of song is apparently copied, but not entirely sure how much Malik was involved with the lyrics of the song which was picturised on actor Salman Khan in the 1999 film 'Jaanam Samjha Karo'. The tempo is a bit faster than the original song, but the tune sounds exactly like that of the popular rock anthem which first released in 1979.

The pre chorus and the chorus portions of this song from the popular comedy film, 'Hera Pheri', picturised on actor Akshay Kumar sound a lot like the music in the cerses of the song, 'Return Of The Mack' by Mack Morrison, which first released in 1996.