Did You Know? 'Gadar' Was Filmed At Amritsar Railway Station With A Real Crowd

The filmmakers advertised that anyone wearing a Kurta-Pyjama would be included in the film. As word got out, purchases of the aforementioned traditional clothing surged, and locals turned out in droves for the filming of the sequence in which the train arrived from Pakistan. 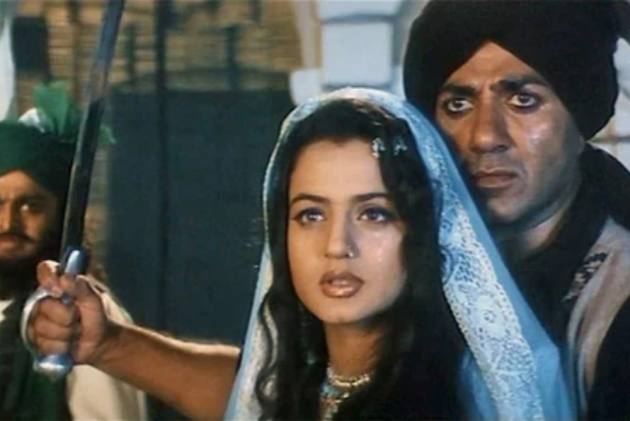 'Gadar: Ek Prem Katha,' even 20 years after its premiere, has remained a classic. The romantic period action film was notable for its authenticity, as it was shot on location in North India. A team studied historic locations, did a recce, and picked props from the era they were replicating before the film went into production. And, although filming in real locales, they made significant alterations to give the film a pre-independence feel.

The film was shot in a variety of places, including the Amritsar Railway Station. All of the advertisements and posters in the station were removed and replaced with ones from the 1940s to bring it into line with the film's chronology. The contemporary equipment was substituted with dummy equipment. The picture was filmed on the same platform where, in 1947, a train from Pakistan arrived. A steam engine was rented from the Railway Museum in Delhi and sent to Amritsar for this purpose.

Not only was the setting authentic, but so was the audience. The filmmakers advertised that anyone wearing a Kurta-Pyjama would be included in the film. As word got out, purchases of the aforementioned traditional clothing surged, and locals turned out in droves for the filming of the sequence in which the train arrived from Pakistan.

Even the actual crowd who contributed to the moment was teary-eyed while shooting since the scene was so realistic. Anil Sharma, the director, said, “As the scene got over, one old Sikh gentleman was banging his head on the platform chair and howling with no intentions of moving away. When I told him, ‘Paaji, the shoot is over!’, he looked up slowly with tears in his eyes and said, ‘It was more than 50 years ago when I was about 10 and I have myself witnessed the incident in real life. An actual train full of corpses had arrived and today it was as if everything was happening again in front of my eyes’.”

The crew faced a difficult problem in managing the local audience. On the first day, when the throng assembled at the station, it became enraged and began throwing stones. The cops eventually intervened and used a lathi charge to regain control of the scene. Though Amritsar's pre-partitioned appearance was unaffected, the steam engine was moderately damaged. All hurdles were met by the film crew in order to do honour to the script and the tale they were telling.

The 'Gadar' team has regrouped for the sequel after a 20-year hiatus. In Dharamshala, Himachal Pradesh, filming on 'Gadar 2' has already begun. Sunny Deol and Ameesha Patel's legendary Jodi returns in this flick. Anil Sharma will direct the film.