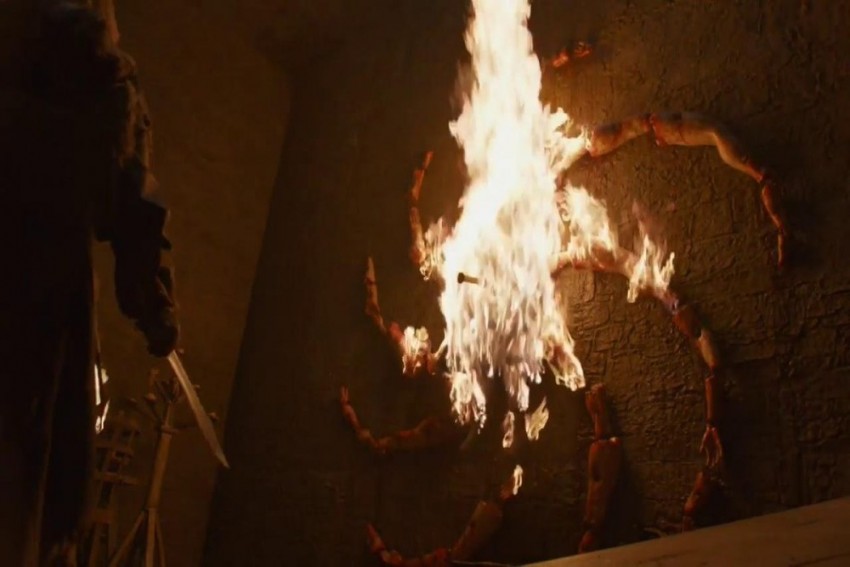 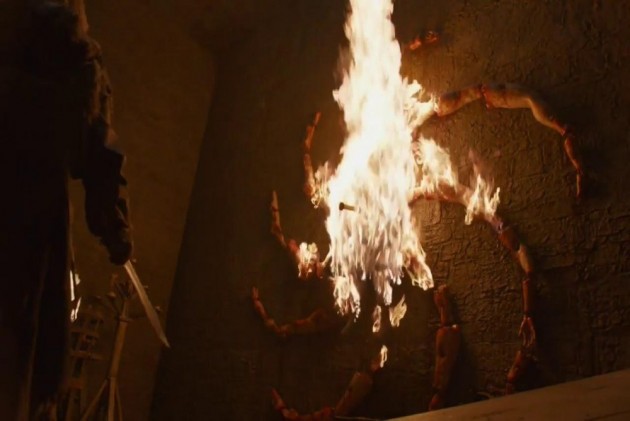 Unlike the previous season premiers of 'Game Of Thrones', its eighth and final was not at its gory best, but the dismembered body of young Lord Ned Umber in a spiral of severed arms left behind by the White Walkers, was definitely a hot topic of discussion among the HBO show fans.

The pattern that has appeared a lot on the show looked like The Night King's sigil, which Beric Dondarrion said was a message from him.

In an interview with New York Post, the premiere's writer Dave Hill revealed what the terrifying symbol means.

"As we saw with Bran and the Three-Eyed Raven, the spiral pattern was sacred to the Children of the Forest, who created the Night King by sacrificing a captured man in a spiral "henge of stones, “he said.

"The Night King then adopted the symbol as a sort of blasphemy, like Satan with the upside-down cross," he added.

The Children of the Forest had inscribed the designs there, which represent the period in which they united with the First Men, despite both factions being at war for centuries, to defeat the White Walkers.

Season three saw Jon find the severed remains of the Night Watch's horses laid out in the same pattern.

In the first episode of the series' first season, the Night's Watch came across a group of Wildlings, who had been slaughtered by the White Walkers arranged in a similar fashion on the ground.