Gandhi To Naoroji And Tales Of Emergency: A Look At This Year's NIF Book Prize 2021 Shortlist

The books on the shortlist for the Kamaladevi Chattopadhyay NIF Book Prize 2021, which was announced on Wednesday, are full of delightful surprises. 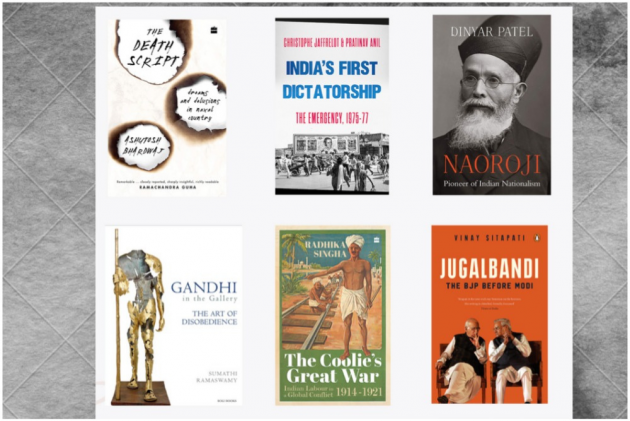 From directing the spotlight on India’s diversity and heterogeneity to looking at the country’s past, the books on the shortlist for the Kamaladevi Chattopadhyay NIF Book Prize 2021, which was announced on Wednesday, are full of delightful surprises. These books are creative and conscious insights into the history of India.

Selected from a previously announced longlist of 12 books, the six shortlisted books are:

A searing and stunningly crafted narrative based on the author’s reportage from India’s so-called ‘red corridor’. All sides in the conflict find voice in Bharadwaj’s sensitive treatment, offering poignant reflections on the human predicament in a danger zone: fear and love, betrayal and violence, and above all the yearning for justice.

A masterful study of Indira Gandhi’s Emergency, and her son Sanjay’s role in it. This is a comprehensive and deeply researched book on a dark period of our history, in which democracy was suspended and a constitutional dictatorship was instituted, with little popular resistance.

An outstanding biography of Dadabhai Naoroji that illuminates his life and work – from his pioneering critique of imperialism to his engagement in British parliamentary politics, from his building of political alliances in Europe and America to his eventual declaration of self-rule as the only way forward for India.

Gandhi in the Gallery: The Art of Disobedience by Sumathi Ramaswamy (Roli Books)

A handsome, beautifully illustrated volume that explores how and why Mahatma Gandhi came to be the muse of several modern Indian artists who, by making him visually familiar through their art, have become Gandhi’s conscience-keepers in the present.

A pioneering history of the 550,000 non-combatants in the Indian Army who participated in the First World War as menial labour – porters, construction workers, cooks and water carriers – and on whose largely invisible labour the war effort of the British Empire depended so greatly.

An engaging account of the six decades-long friendship between Atal Behari Vajpayee and Lal Krishna Advani, and how their partnership and ideological unity forged the original success of the Bharatiya Janata Party.

“We hear that Covid-19 has created many challenges for the publishing industry, but our book prize Jury didn’t confront any consequences. Narrowing down to the six-book shortlist from our longlist of twelve books was very hard because so many of the books captured unique and diverse angles of modern India. This shortlist is an intellectual feast of non-fiction reading,” the jury said.

Instituted in 2018, the annual prize aims at recognising and celebrating high-quality non-fiction literature on modern and contemporary India from writers of all nationalities published in the previous calendar year. It carries a cash award of Rs 15 lakhs and a citation.

The winner of the prize will be announced on December 1.

Previous recipients of the award of the prize include Milan Vaishnav for his remarkable book "When Crime Pays: Money and Muscle in Indian Politics”, Ornit Shani for “How India Became Democratic”. Last year, the award was jointly won by Amit Ahuja for “Mobilizing the Marginalized: Ethnic Parties Without Ethnic Movements” and Jairam Ramesh for “A Chequered Brilliance”.