Ganesh Chaturthi Special: 5 Songs Which Are A Must-Have On Your Playlists During Ganpati Festival

Here are 5 Bollywood songs that should invariably be on your playlists during this ongoing Ganeshotsav. 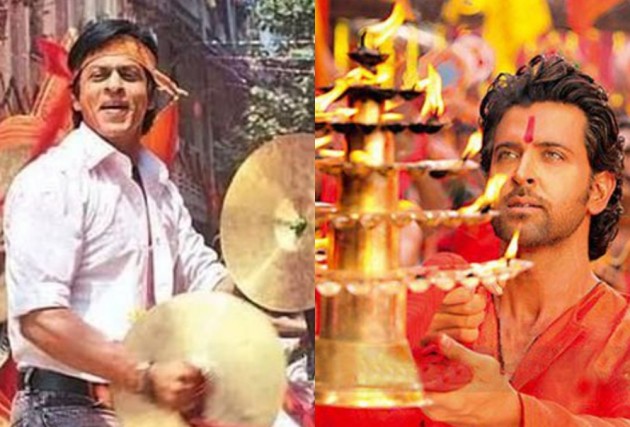 In India, films are more than simply a source of pleasure. They are also a more or less realistic representation of the country's culture and customs. The emotions and joys of Indian holidays are frequently portrayed in Indian films, particularly in Bollywood, and Ganesh Chaturthi is no exception.

As the Ganeshotsav is going on in full fervour, here are 5 songs that you must play and enjoy the festivities of Lord Ganesha. Have a look:

Ajay Gigavle sings this high-octane song from the 2012 release ‘Agneepath’, which was composed by the music director pair Ajay-Atul. Amitabh Bhattacharya wrote the song, which features Hrithik Roshan. At Ganesh pandals, the foot-tapping number is a fixed number.

This song from Shah Rukh Khan's 2006 film ‘Don’ reflects the spirit of the character as well as the Ganpati Visarjan's emotions. Shankar Mahadevan sang the song.

This song from Remo D'Souza's dance drama film ‘ABCD: Anybody Can Dance’ includes an excellent blend of Indian classical music and western dance. The song was written by music director pair Sachin – Jigar.

‘Sindoor Lal Chadayo’ from Sanjay Dutt's ‘Vaastav’ is one of the first songs that spring to mind when we think about Bollywood's Ganesh Chaturthi celebration. The song, known as Lord Ganesha's aarti song, brilliantly encapsulates the spirit and emotions of the celebration and is a staple in virtually all Ganpati pandals across the country. The song, sung by Ravindra Sathe, includes Dutt as well as other ‘Vaastav’ artists.

Another renowned Bollywood song is ‘Deva Ho Deva’ from the 1981 film ‘Humse Badhkar Kaun’. This has been a feature of the Ganpati celebrations all throughout the country. Asha Bhosle, Mohammed Rafi, Bhupinder Singh, Shailendra Singh, and Sapna Chakraborty are among the many vocalists who have contributed to the song's success.