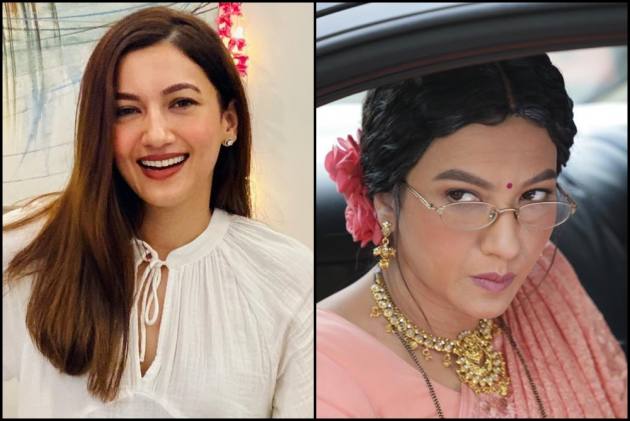 What would be your plan if your parents are not allowing you to marry the love of your life? Vikrant Massey and Kriti Kharbanda’s upcoming film ‘14 Phere’ offers an answer to this question, but with enough twists to give you vertigo.

The movie will introduce the audience to Sanjay (Vikrant Massey) and Aditi (Kriti Kharbanda). The two fall in love during college and start living together. They are ready to tie the knot but Aditi’s father is against love marriages while Sanjay’s dad won’t acquiescence to an inter-caste union. Sanjay and Aditi come up with a unique way to handle the situation – they decide to have two weddings with fake parents standing in for the real deal.

She is an aspiring artist who plays the fake mother to both Vikrant and Kriti respectively for the two weddings. “The best part is I had a great director, he knew exactly who Zubina was and he explained it to me. Her back story, what she is like, her internal struggles. As an actor, you struggle so much to be relevant, to make it happen, to find your big breakthrough, and within all that struggle how Zubina gets this absolute crazy challenge to play someone who is much much older. She is turmoil, confident, and superlatively tranquil about her acting abilities,” Gauahar tells Outlook.

While talking about essaying a role of an old woman, Gauahar says, “I think it's the greatest challenge for an actor to be given a role that is everything you are not as a person in real life. I am in my 30's and I was given a chance to play multiple characters. One who is in her 30's, she is a theatre actor in Delhi, and the fact that she takes up this challenge to play someone much older in her 60's and not just one but two characters and they both have different dialects. One is a Rajasthani Jaat the other one is Bihari, so for me to play such diverse characters, was a gift from Devanshu sir.”

“After he auditioned me, he said, "You are Zubina" and I was over the moon because very few people get this kind of challenge in their life and I hope that I have done my best and I also hope that the audience will love it,” she adds while talking about how she got the role.