'Godavari' filmmaker Nikhil Mahajan speaks up about paying tribute to his good friend Nishikant Kamat with his film. 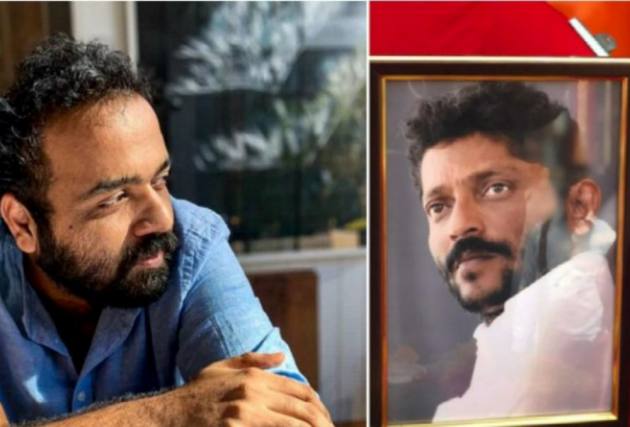 Filmmaker Nikhil Mahajan has finally spoken up about his Marathi feature film 'Godavari'. He says that it is his way of paying tributes to his close friend and mentor Nishikant Kamat, who died last year. He was just 50 when he passed away.

Mahajan said the project was born in the wake of Kamat's death on August 17, 2020, and he wanted to celebrate the life of the filmmaker who he used to fondly call Nishi sir.

"That day, we lost our closest friend, mentor and one of the best filmmakers of India, Nishikant Kamat. We were very close to him. When he passed away, Jitendra Joshi, who is the lead actor and the co-producer of this film, called me and said 'Nikhil, we have to do something for Nishi sir'. I said what better way to celebrate him than to make a film for him," Mahajan told PTI in an interview.

"So, it's pretty much where the project started and it's an ode to him. We also named the lead character after Nishi sir," he added.

Remembering Kamat, Mahajan said his death was a big blow to Indian cinema.

"He was a senior to me. I really looked up to him and his work. It was a big loss and a big shock for us. In the last two years, we have all lost people who were close to us. So it felt very natural to do a film that explores the idea of mortality," the filmmaker said.

A philosophical exploration of life and death, 'Godavari' takes its name from the titular river that flows from Nashik, Maharashtra to the southern states of the country.

The film follows the story of a grumpy man named Nishikant Deshmukh, played by 'Sacred Games' actor Jitendra Joshi, and his family who try to cope up with the deaths of two close relatives.

"Godavari is referred to as the Ganga of the south and a lot of the western Maharashtra population comes to this river for the last rites of their loved ones. So it's the river that holds tremendous cultural and spiritual significance for this big demographic of India.

"And the movie is about this man who lives right next to the river but he hates the river and everything that it stands for. It is the story of this man and his family who grapple with two deaths -- one that they know about and one that takes them by surprise," Mahajan said.

The theme of the movie predominantly talks about the idea of tradition and how it is something that's passed on through generations, the filmmaker added.

The film was recently screened at the ongoing International Film Festival of India (IFFI) under the Indian Panorama section. It also features Gauri Nalawade as well as veteran actors Vikram Gokhale and Neena Kulkarni.

Mahajan, 37, said the film was shot during the coronavirus pandemic that made things quite difficult for the team.

"It was a very difficult shoot in a town that is densely populated around the river. We had a lot of senior actors and we were really worried about their health. Also, it was a new way of shooting with all these bio bubbles and restrictions.

"So it took time for us to get used to that. Working against all these odds was really challenging, but I think somewhere Nishi sir was guiding us throughout," he added.

Asked why Marathi cinema often presents stories that are intimate in nature, Mahajan said there is no hero-worship in the industry.

"In Marathi cinema, there is no star system. People come to watch the actors, not the stars. It is a culture that has grown and enriched because of a phenomenal drama theatre movement. It is full of really good performers.

"The audience is very aware of the difference between a star and an actor, and they don't go to watch a star. Since there is no star system, there is also no hero worship of any sort."

The audience is "evolved" and has great taste, the filmmaker said, adding their expectations from filmmakers and actors are very high.