I personally knew Sushant, and I am still processing the whole tragedy because never in my wildest of dreams did I ever think that Sushant would do such a thing, writes Vani Tripathi. 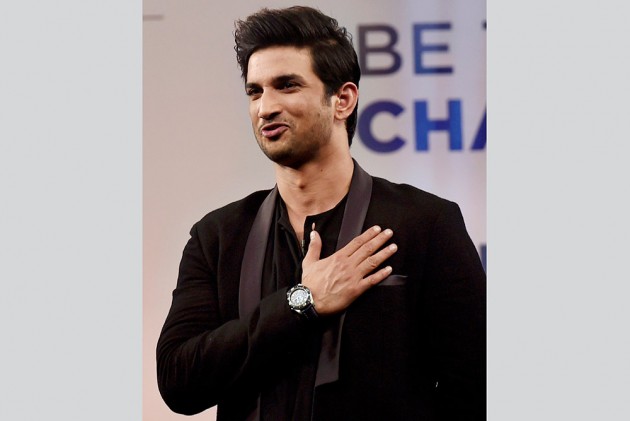 Somebody famously said once that dead people receive more flowers than living ones because regret is stronger than gratitude. As Sushant Singh Rajput’s last movie, Dil Bechara has started streaming from July 24, and I look back into the whole, very tragic and shocking episode of Sushant reportedly dying by suicide, it almost rings true. There has been an outpouring of love for him from all over since his demise, and for someone to go away like that at a young age of 34 leaves so many questions unanswered.

I personally knew Sushant, and I am still processing the whole tragedy because never in my wildest of dreams did I ever think that Sushant would do such a thing. What I knew of Sushant was something so beautiful, so serious, so sincere and so honest. He was not just a very fine actor but a great human being as well. Rarely have I met people in the film industry who know quantum physics, who understand astronomy and star gazing. These were not his hobbies, but his passion. Many years ago, I said to him that he should have been an astronaut instead of being an actor.

I did not mean that he was not a good actor; far from it, he was a brilliant master of his craft. Look at his first film Kai Po Che!, which launched the career of three bright young boys (Sushant, Rajkummar Rao and Amit Sadh) in 2013. The first boy among the three who surged ahead and became a mainstream hero was Sushant. Rajkummar for many years kept doing films, which got him critical acclaim but it took him quite some time to become a mainstream, commercial hero. For Sushant, doing a biopic on Mahendra Singh Dhoni, who was not just the captain of the Indian cricket team but a legend, looked like a huge challenge, but he pulled it off effortlessly. And look at Chhichore (2019), which was a sleeper, runaway hit and apparently grossed more than Rs 200 crore at the box office.

So why am I saying all this? I am saying it because actors are supposed to be as good as their last Friday. We do not have Jubilee Kumars in the industry any longer. The whole journey of a film or an actor is from Friday to Monday and from Monday to Friday. And his last Friday was brilliant. So the first question which occurs in your mind is why did he do this? He was not unsuccessful, and he had constantly challenged himself by doing roles which had defined his craft. I think that somewhere it was the disappointment of doing or not doing things that he really wanted to do.

Three years ago, during the International Film Festival of India in Goa, where I was in the steering committee, I reached out to Shekhar Kapur realising that he had never been invited for any Masterclass. It was a baffling truth to my mind that somebody who was the global face of Indian cinema had not even come once to the Masterclass of one of the biggest film festivals of the country. Shekhar graciously agreed to come even though he was abroad at the time. When Sushant came to know about it, he said he wanted to be part of the Masterclass. I told him that it was supposed to be a solo piece by a filmmaker or a musician but he convinced me to let him be part of it. I could see that Sushant idolised Shekhar.

What subsequently played out at Goa Kala Academy was pure brilliance of two beautiful minds. It turned out to be a three-hour-long conversation between them, where they discussed at length on a wide range of topics, from astronomy and quantum physics to art of storytelling and the craft of creating films. I still remember that we had to put screens outside the venue to enable the people, who could not be accommodated inside, to watch it. What I am trying to say is that in those days in Goa, Shekhar, Sushant and I spent a lot of time. I became aware of Sushant’s understanding of cinema, life and philosophy. He could speak about profound subjects without batting an eyelid.

I also realised that the battle of the Paani, a film that he really wanted to do, was one of his first big disappointments in the film industry. I know that he had rehearsed with Shekhar for four long months for it. I do not want to go into a debate on why that film did not get made, because I really don’t know what happened.

All I know is that the craft of the cinema is as much as that of an actor as it is of a director. Cinema is creative because of the collaborations and what can be more beautiful than a beautiful collaboration between the director and an actor. We have seen so many jodis (collaborators) in Hindi cinema over the decades. Somewhere deep down, I did realise that pain and disappointment in Sushant. I do not know how many more disappointments he went  through later but one thing that I regret and I feel very pained about is his going away is a collective failure of this whole industry. I am also equally responsible.

It is a huge money-spinning and money-minting industry, but we are primarily people who are supposed to sell dreams and dreams are things which connect to human sensitivity. And yet, all of us collectively fell short of understanding the pain that Sushant was going through. I think there is a message ingrained here for the industry which also includes me: “look within”.

Is this is a moment for catharsis? This should not become a nemesis for many more people. We are already going through dystopian times. These are the most difficult times that the film industry, the country and the world have ever gone through -- being alone for months, not able to reach out. Reaching out is not just physical reality but also an emotional and psychological truth.

Remember, actors are people’s people and we thrive and throb because of the energy that our audience gives us. In a situation like today, what is most important is that we have to care for each other, and we have to reach out to those whom we know are vulnerable.

I don’t think that the going away of Sushant will not leave a dent. It has already made a huge dent in the film industry. I really feel that his going away should not go to waste and the message he has left behind should be taken seriously. It is high time we celebrated the successes of those who make it on their own in the industry.

(The author is the youngest member of the Central Board of Film Certification. Views expressed are personal)