Govinda-Krushna Abhishek Family Feud: All You Need To Know

Govinda and Krushna Abhishek’s rift has been out in the public for years now. Govinda’s wife Sunita has vowed that this feud will never end. What led to the fallout between uncle and nephew? 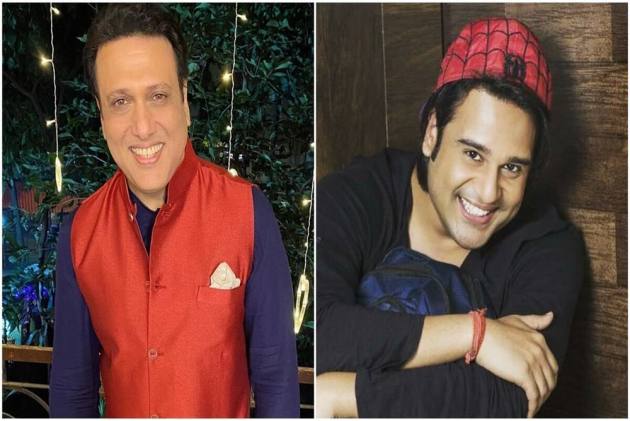 Bollywood's mama-bhanja duo – Govinda and Krushna Abhishek's family feud has managed to garner a lot of attention in the past few years. Ever since their relationship strained, the two have not come face to face on camera. In December 2020, when Govinda had made an appearance on 'The Kapil Sharma Show', Krushna Abhishek had refused to be a part of that episode, adding more fuel to the fire.

Recently, Govinda’s wife Sunita Ahuja has now said that she doesn’t even want to see Krushna’s face. She said earlier this week, “It will never happen. Three years ago, I had said that things could not be resolved till I am alive. You can’t misbehave, insult or take liberties in the name of family… The issues will never get resolved and I don’t want to see his face ever again in my life.”

The actor-comedian had a fallout with the Bollywood star in 2016. Ever since, they have gotten into several public spats with each other. Take a look at the timeline of what went wrong between them.

In 2016, Govinda returned to the big screen in a big way with ‘Jagga Jasoos’, also starring Ranbir Kapoor and Katrina Kaif and was making promotional appearances on shows. Only, this did not go down very well with Krushna Abhishek, who had recently taken over as the host of Comedy Nights Live. While Govinda had a gala time with Kapil Sharma, Krushna fumed over his mama's appearance on the show.

A miffed Krushna told The Indian Express, “Somehow our dates didn’t seem to match. I messaged him again four days ago, but to my shock, I learnt that he and his wife were shooting with Kapil on Wednesday. I was aghast as I expected him to support his nephew.”

But that's not all! Govinda was apparently upset with Krushna because of a comment that Krishna made on his show. Krushna revealed, “I cracked a joke saying ‘Maine Govinda ko apna mama rakha hai (I have kept Govinda as my uncle)’ on my show, which did not go down well with him. I tried to reason with him saying that it wasn’t in bad taste. In fact, it only raises my status by calling him my mama. It wasn’t derogatory at all. I have no qualms on being addressed as Govinda’s nephew; it is like my second identity. A star is free to go on other shows, but being family, I expected him to come to my show first. He is behaving like a superstar now and not my Chi Chi mama.”

The ‘Coolie Number 1’ actor also revealed his side of the story. “Krushna has been making money by insulting others on television. I was extremely upset with the ‘Mama rakha hai’ remark and summoned him home. I told him that he should refrain from making such statements in the garb of gags as they could be humiliating. But Sunita told me to let him work and I relented as that’s how he is making money. I am used to reading good, bad and ugly things about myself, but it’s annoying to have a family member making a personal interaction public. That’s unacceptable. I can’t trust him anymore,” he had said.

He also added, “I have seen the way Krushna roasts the Khans — Salman and Shah Rukh. He is very respectful. He respects the ‘good’ time of a person and not the artiste. Maybe, I will go on his show when my time is good. I can’t change my nature overnight to suit the format of a show. I understand that’s his professional hazard, but I can’t be a part of it”.

That was not enough and Krushna tweeted about ‘people who dance for money’. An infuriated Sunita had said, “About six months ago, on Krushna’s insistence, Govinda and I went on his show (The Drama Company). Since we are also fond of the show’s producers, Preeti and Neeti Simoes, we agreed. All was well until Kashmera had the audacity to slyly write rubbish about us on social media, soon after that appearance. She referred to us as ‘People who dance for money’ in that post. Even if we were paid for that appearance, it was none of her business. Almost every Bollywood celebrity charges for appearances on TV shows. Plus, she is not the one who paid us. I don’t know if she has deleted that post now, but most of our relatives and family friends read it back then. Krushna claims that the post was meant for his sister Arti, but how come it was put up soon after we appeared on his show?”