In honour of the Los Angeles rapper, who passed away last year, some of music’s greatest joined forces on tonight’s Grammys stage. 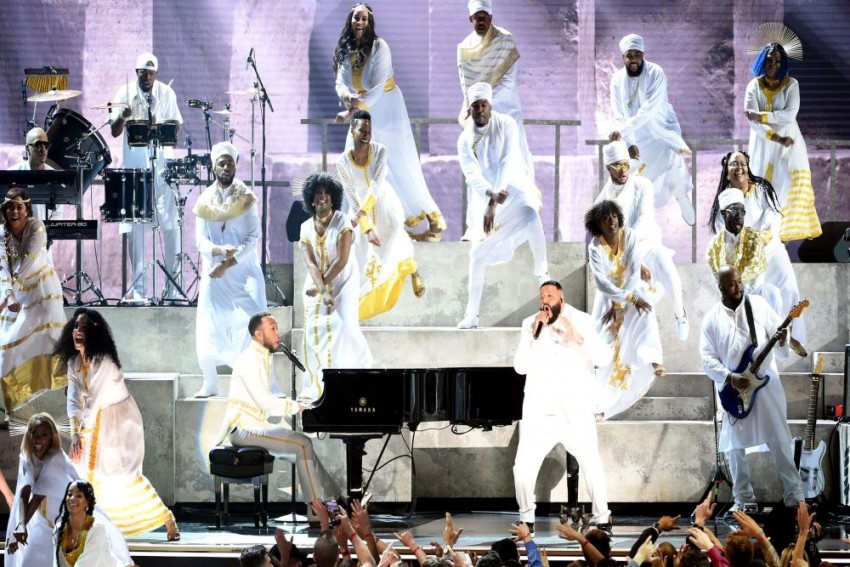 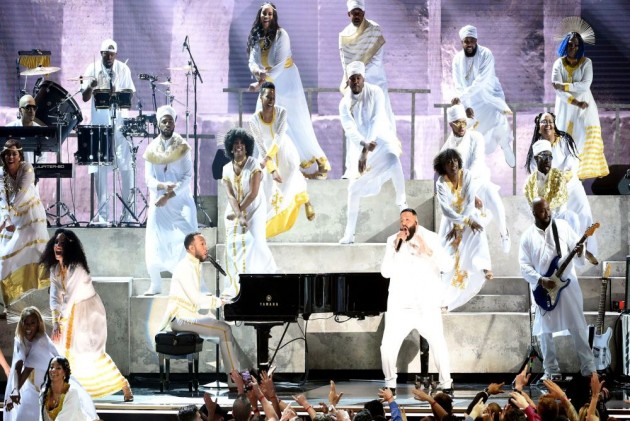 The performance, introduced by filmmaker Ava DuVernay, began with the late rapper''s friends and fellow musicians, Mill and Rich taking the stage to start off "Letter to Nipsey", reports variety.com.

With the help of a choir group wearing all white, DJ Khaled, Legend, YG and Franklin performed "Higher" that played Hussle''s verse of the song, while a video of him from the music video hovered from above the stage.

They ended the performance collectively with a picture of Hussle and basketball star Kobe Bryant, who died on Sunday morning, on the screen."Long live Nip, long live Kobe," Khaled said at the end of the performance. "The marathon continues."

The late rapper died March 31, 2019 after being gunned down in front of his clothing store in Los Angeles. Hussle received four Grammy nominations throughout his career - one for best rap album in 2018, and three posthumous nominations this year.