Actress Farrukh Jaffar, who attained overnight stardom among today’s youth after playing the cool grandmother in ‘Gulabo Sitabo’ has left for her heavenly abode this morning. She was 89. 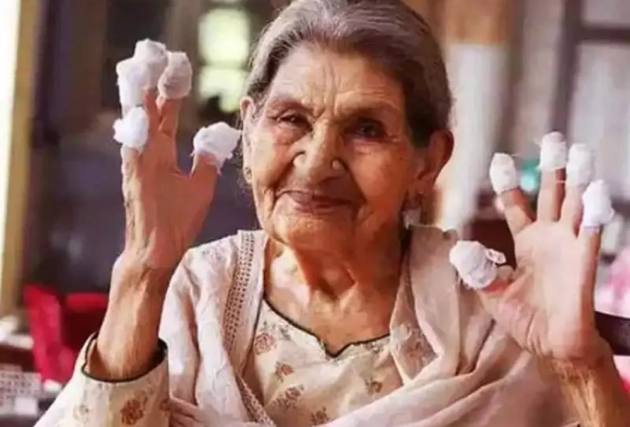 Actress Farrukh Jaffar, renowned for her roles in the films 'Gulabo Sitabo' and 'Sultan,' died on Friday at a hospital in Mumbai. She was 89 years old. The news has made the entire film industry go in mourning.

Mehru Jaffar, her eldest daughter, stated that her mother was ill and was admitted to Sahara Hospital early this month. "She was admitted to the hospital on October 4 due to breathlessness. She was not well. Her lungs were unable to take the oxygen that had been given to her. She passed away in the evening at around 6 pm," Mehru said while speaking to PTI.

Jaffar's grandson Shaaz Ahmad also announced the news of her death on Twitter. He wrote, "My grandmother and wife of Freedom fighter, Ex MLC Mr S.M.Jaffar and Veteran Actress Mrs Farrukh Jafar passed away today at 7 pm in Lucknow."

Her last rites will be carried out today.

Jaffer, who was one of the original radio broadcasters for Vividh Bharti Lucknow in 1963, made her film debut in the 1981 classic 'Umrao Jaan,' in which she played actress Rekha's mother.

She then starred in a few TV series, but she rose to prominence with the 2004 film of actor Shah Rukh Khan, 'Swades.'

Her other famous roles include those in actor-producer Aamir Khan's 'Peepli Live,' in which she played a bidi-smoking cantankerous mother-in-law, and actor Salman Khan's 'Sultan,' in which she played the superstar's uber-cool grandma. In 'Photograph,' she also played actor Nawazuddin Siddiqui's grandma.

Her most famous portrayal, however, was as the fiery Fatima Begum, wife of megastar Amitabh Bachchan's character in Shoojit Sircar's 'Gulabo Sitabo.'