In the Disney+ Hotstar series, Steinfeld plays Kate Bishop, an ardent fan of Clint Barton aka 'Hawkeye' (Renner) who becomes his protege as they encounter foes from his past. 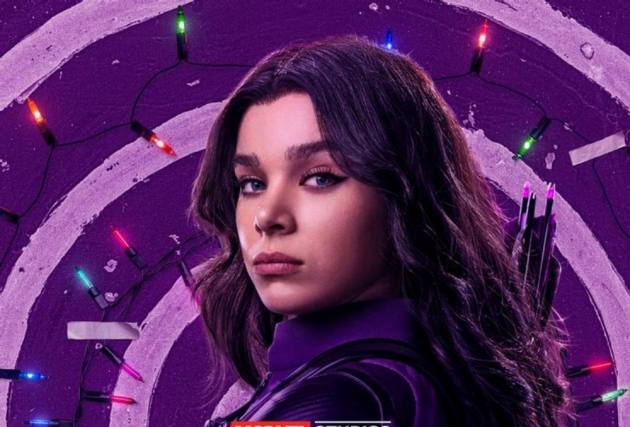 Hollywood star Hailee Steinfeld has said headlining her own Marvel project felt like becoming a part of a team, and she strived to showcase her credentials as a team player.

One of the rising stars in Hollywood, Steinfeld makes her debut in the highly-successful Marvel Cinematic Universe (MCU) with her upcoming series 'Hawkeye', co-starring Jeremy Renner.

The Disney+ Hotstar series introduces Steinfeld as Kate Bishop, an ardent follower of Clint Barton aka Hawkeye (Renner). She becomes his protege as they confront enemies from his past.

"I just feel so lucky to be a part of this show. Becoming a part of the MCU feels like I've become a part of a team. And there's no standing apart, it's about standing together. So I feel very lucky to be involved at all," the 24-year-old actor told PTI during a group Zoom interview.

With MCU expanding in all sorts of directions with its post-'Avengers: Endgame' projects, there is bound to be pressure on newcomers to make their mark.

Steinfeld, who previously starred in movies such as "True Grit", "Begin Again", "The Edge of Seventeen" and "Bumblebee", however, is already an established star in her own right.

The actor said she was glad to work with Renner, a veteran figure in the MCU and one of the original members of the Avengers team.

"We just met and we were on our way with this thing. Everything happened so fast and we sort of jumped right into the deep end. And I think that sort of left us no choice but to become a team because we were taking all this on together.

"We had a lot of laughs and we had a great time so that obviously helped and we got to do some of the coolest things ever. So, we had some fun, little bonding moments as we worked on this series."

Renner, she said, was a pillar of support and a true mentor on the show.

"It's really been so incredible having Jeremy throughout this experience because it truly has been unlike anything I've ever experienced in the past. It was something that I could not have really prepared myself for and so I'm grateful that I had him and his support and his mentorship through this whole thing.

"I really did feel that collaboration and that team very early on and it was also very cool just to watch him do his thing as a fan of the Avengers," she added.

Steinfeld has been acting since the age of 10 and found fame when she was cast as Mattie Ross in critically-acclaimed Westerner "True Grit".

Over the years, her portrayal of strong-willed and headstrong characters has won her praise from critics and fans.

The actor said there is both an element of deliberateness as well as coincidence in her finding such amazing characters.

"There's obviously something there that I love and that I'm drawn to. But I do think that these qualities aren't necessarily the qualities that I actively searched for in the characters that I play.

"But I do love it when I discover that they all happen to have that in common, that there are these strong-willed and strong-minded young women who have a point of view and are trying to figure out their place in this world and assert that position," Steinfeld said.

'Hawkeye' has been created by Jonathan Igla and co-directed by Rhys Thomas and filmmaker duo Bert & Bertie.

'Hawkeye' will start streaming on Disney+ Hotstar in English, Hindi, Tamil, Telugu and Malayalam on Wednesday.