Halle Berry Bats For Zoe Kravitz As Catwoman: 'She's Going To Be Wonderful'

The Oscar-winning actress has previously played the role of Selina Kyle aKa Catwoman in the film based on the popular character from DC Comics. 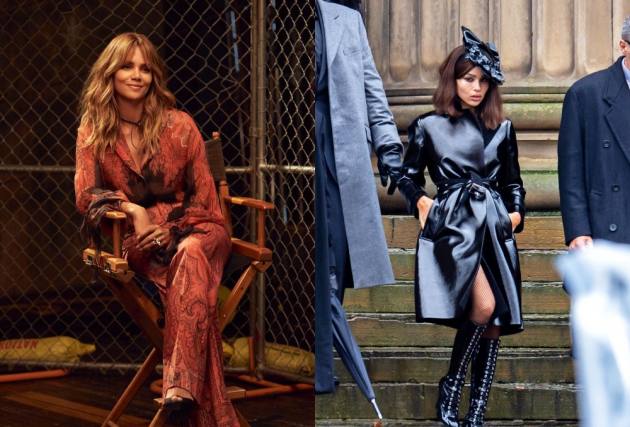 Oscar winning actress Halle Berry has said that Zoe Kravitz is the right choice to play the role of Selina Kyle aKa Catwoman, based on the popular character from DC Comics.

"I personally think she's going to be a wonderful Catwoman," she said in an interview with ScreenRant, adding that she shouldn't let others influence her portrayal.

Berry's role as Catwoman in 2004 earned mixed reviews, but Berry said she had no qualms about the negative criticism she received for her performance. Though Berry too faced a lot of ciriticism at the time, the actress has previously noted that the movie was one of her most financially successful films. “It was one of the biggest paydays of my whole life, which, there’s nothing wrong with that. I don’t want to feel like, ‘Oh, I can only do award-worthy stuff.’ What is an award-worthy performance?” she said, further jokingly warning Kravitz to “get ready, they might come for you."

Several previews of Kravitz's impending performance have been made available to fans. The on-screen connection between her Catwoman and Pattinson's Batman has been teased in trailers and stills, implying a tight and perhaps romantically charged crime-fighting alliance, as seen in comic books.

While the reintroduction of Catwoman's famed whip has been suggested in previous images, Kravitz has also revealed that her leather-clad anti-hero would deviate from Batman history by carrying a pistol.

Kravitz, as one of the most famous and popular characters in the DC world, will definitely face a tremendous lot of fan criticism., and her words of encouragement and tenacity should serve as a confidence boost to Kravitz. Regardless of how her depiction is finally perceived, The Batman is already going to be one of 2022's most anticipated films and is certain to be a commercial triumph.