In an exclusive conversation with Outlook, filmmaker Hansal Mehta reflects on the popularity of ‘Scam 1992’, which completes its one year of its release today (October 9), and talks about many factors that contributed to its success, including the music and his penchant for making empathetic stories. 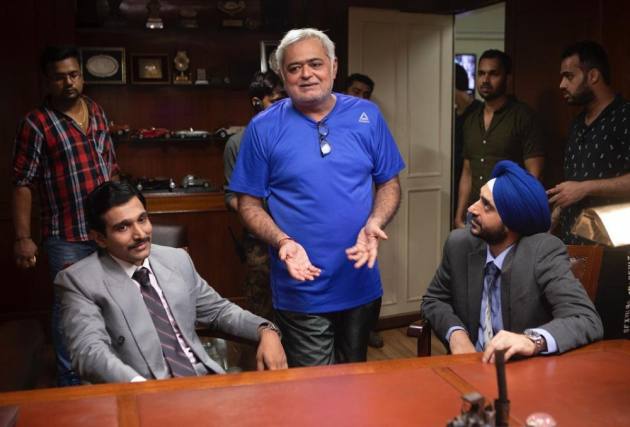 For National award-winning filmmaker Hansal Mehta, the last one year has been “overwhelming”, ever since the release of web series ‘Scam 1992’ on SonyLiv. The show’s global success and popularity, was something, that the filmmaker admits, he never “expected”, and feels extremely “vindicated” about his process as a filmmaker.

In an exclusive conversation with Outlook, as the popular webseries completes one year of its release today, the 53-year-old talks about many factors which he feels contribute to its “humongous success”, including his penchant for telling empathetic stories and the theme song of the show, which saw him “attacked by the BTS Army”. Excerpts:

It has been one year since the release of the show. How do you reflect on the last one year and the massive success that the series has witnessed?
It has been overwhelming, and a life changine one-year for so many of us. ‘Scam 1992’ was made with good intent, and a lot of honesty. There was a lot of hardwork involved, be it the two and a half years we took for the research and writing the script, the shooting and the post-production as well. There was a lot of attention to detail, to the craft, and we were blessed with a wonderful crew, technicians, and actors. To see all that hard-work being rewarded and to get such a humongous success is always a great feeling.

How important was the fact that Harshad Mehta’s character was humanised, and not riducled or judged in the series, which led to the web-series’ popularity?

There were a lot of factors that contributed to its success. But talking about that, I have been creating biographies for last 10-12 years. I look at my characters without judging. When you stop judging people, you automatically develop a certain amount of empathy. When you look at flaws you look with empathy, not with disdain or disgust.

(Creating empathetic characters) is one of my top most commandments. When I am trying to interpret or explore a character, the first thing I do, is to not see him or her in any kind of the judgement. Present them for who they are. See them as human beings. For instance, when I made ‘Omerta’ on Omar sheikh, I want to see him as a human being and why his flaws make him a person like that. His flaws help us to reflect on us as the audience.

Don’t you get worried that you might end up glorifying such characters, in an attempt to empathise with them?

The music, especially the theme song, has also become really popular. Did you ever expect that? Tell us how you selected Achint Thakkar’s theme song for the serirs?

Well, Jay (Shah), my son and Achint have been really good friends for a long time. So Jay narrated the story to him and asked him to compose a song according to that. The first and the only take created by Achint, is what I took, because it was an instant earworm! Everyone, who heard it for the first time, from the crew or the production side, were all hooked to it, right after the first time. But I never thought that it would get so popular that I would get attacked by the BTS Army! (laughs)

How was that experience like?
(continues laughing) Well, my youngest daughter was really chirped by it all!

How much of a validation has the series success ben for you, personally?

Well, I think it sort of vindicates me, in the sense that people have begun seeing me. The show’s success allowed people to revisit my previous works. I think that is something that further vindicates me and the fact that I have stuck to my guns for this phase of my career. Over the last 11-12 years, I have sort of tried to make or tells stories which reflect my own voice. ‘Scam 1992’s success is a vindication of that conviction. Success is getting the power to tell more stories.

Does that mean there’s an added pressure with expectations from your future projects?