Harish Patel On His Popularity After Featuring in Marvel's 'Eternals': A Truly Humbling Experience

In an interview with Outlook, Indian actor Harish Patel who will be seen in the upcoming film 'Eternals' talks about the rise in his popularity, ever since it was revealed that actor would be a part of the Marvel Cinematic Universe. 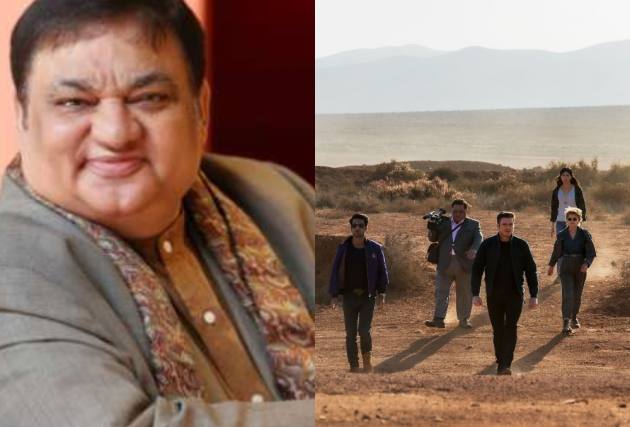 Harish Patel was just an ordinary citizen in the US, up until the teaser of the upcoming Marvel film ‘Eternals’ was released last year. Since then, his life has changed.

“Earlier, when I used to go to drop my grandkids to the school, his friends knew me and they would wave at me, since I am  their friend's grand dad, you know like a normal person. But now, ever since they got to know I was in ‘Eternals’, a MCU film, they could not believe it, and every time they keep on asking me, either about the film or how it was like shooting for it, everytime I go to the school now,” he says.

This is just one of the many incidents, as Patel points out, which has made him a popular name, across the globe. Critics across the globe, have written rave reviews for his performance as Karun, Kingo's (Kumail Nanjiani) best friend in the film.

“That’s the beauty of a Marvel film. This has so many characters which are played by so many big stars from Hollywood, and yet people are talking about the character played by me. That shows that the makers are very particular about every character in the film, and not just the lead ones. The amount of attention to detail given in such films is unparalleled. I guess that’s what makes it such a popular film franchise all over the world,” he adds.

Unlike other actors, and other instances as Patel himself points out, he always knew he was part of something “big”.

“Even when we were shooting for the film, I knew it then that this was big. Not just because of the fact that it’s a MCU film, but just the sheer amount of professionalism and the quality that went into producing it, was something that I have never seen before. When you experience all these things, you know the project is going to be big,” he says.

However, sadly Patel, couldn’t attend the film’s premiere, which took place in Los Angeles last week, as he tested positive for Covid-19. “I am really bummed with the fact that I coudln't be there at the premiere after I tested positive. Me and my entire family here in US, were ready to fly to attend the premiere, but sadly I couldn’t do that,” he says.

Yet, the actor is eagerly anticipating the release of the film, and all that eagerness has pushed the gloom, about not being able to attend the premier, aside.

“All my boredom and fear of quarantining alone, was thrown out of the window, the moment I started reading about what people were saying about the film or my performance. I am just grateful that, I got to be a part of a MCU film, and ot a chance to work with a director like Chloe Zhao. But the fact that, people are also noticing me and my work in it is a truly humbling experience,” he signs off.