As the ‘Return To Hogwarts’ Reunion sweeps all over social media, here are some of the unheard-of secrets that were revealed by the actors and crew members on the 20th anniversary of ‘Harry Potter’. 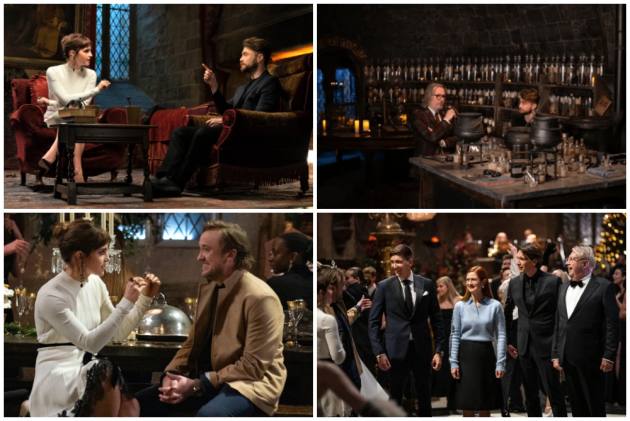 The ‘Harry Potter 20th Anniversary’ was released this Saturday. Potterheads all over the world can think about just that since then, and nothing else. The documentary film had a massive reception online and has received some great reviews. It was loved more so because of some real-life secrets being revealed, which not many of the fans would have known beforehand.

Looking back at the documentary, here are a few revelations that were made on the ‘Return To Hogwarts’ Reunion:

Alan Rickman knew the entire character arc of Snape, even before it was written 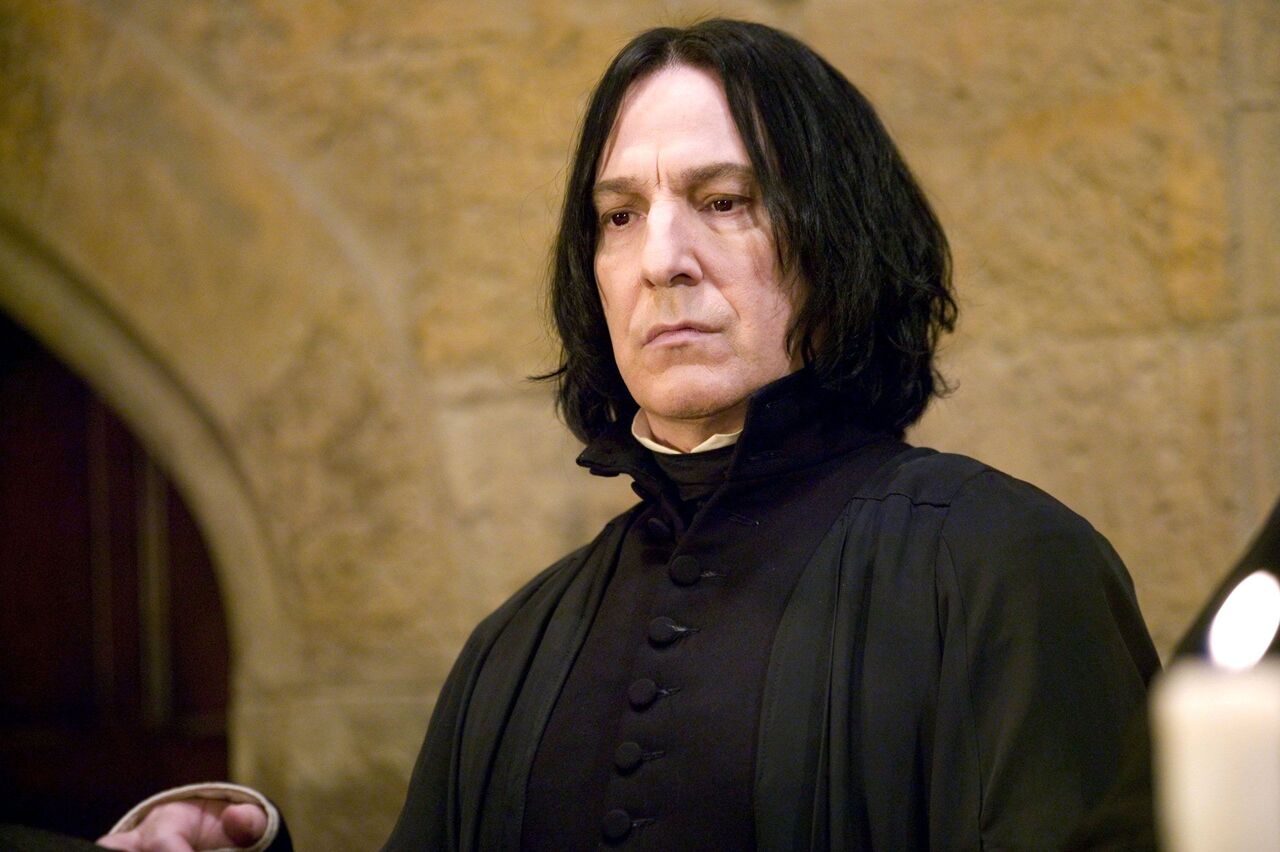 Gary Oldman and Daniel Radcliffe chatted over how Oldman’s character, Sirius Black, was initially painted as a villain, however, he later turned out to be a well-wisher of Harry Potter and seemed genuinely kind and warm-hearted towards the titular character. Talking about the same, Oldman said, "I wish I’d had the whole picture. You know, we found out book by book." However, he turned to Daniel Radcliffe feeling that maybe he knew the story beforehand considering he was the lead of the series. But Daniel Radcliffe, in turn, revealed, "I did not. Just Rickman did," referring to the late actor, Alan Rickman, who played the character of Snape. “He had the inside line," said Daniel Radcliffe. Oldman quite surprised, asked, "How did he work that one?" Radcliffe reverted, "He very very early said to Jo [JK Rowling], he was like, I think I need to know what happens. He never told Chris (Columbus). He never told anyone. Chris would literally say to him ‘why are you doing that’ and he would say ‘I’ll tell you later.’"

Richard Harris, the original Dumbledore, thought Fawkes was played by a real bird 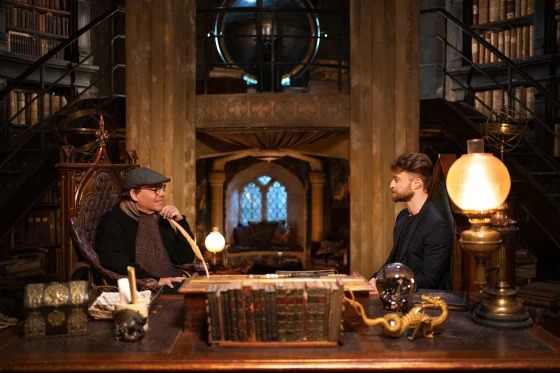 During a segment of the reunion, actor Daniel Radcliffe (who played ‘Harry Potter’) and filmmaker Chris Columbus, who directed the first two films, reminisced about filming scenes with Richard Harris, the actor who played the original Dumbledore, and sadly passed away in 2002. During their interaction, the two had a giggle as they described filming the sequences with Harris and Fawkes, the Phoenix which played Dumbledore's bird.

Fawkes is animated in the movies. It had cameras set inside the eyes of the bird, and therefore could move as per the requirement, as someone was operating it from behind-the-scenes. According to Columbus and Radcliffe, Harris was completely unaware of this and felt that Fawkes was a real bird that had been trained to do the moves. Following his death, Harris was succeeded in the films by actor Michael Gambon.

"Richard came in and looked at the phoenix, and said 'wow they train these animals marvelously these days,'" Columbus recalled. "We never told him," Radcliffe retorted. "He just thought it was a real bird," Columbus said, and the two had a hearty laugh. 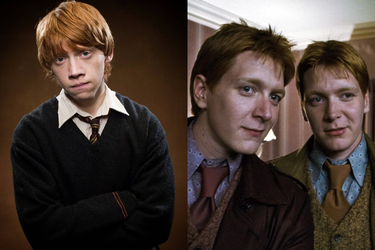 Rupert Grint wasn't the only member of the Weasley family that resembled his ginger-haired protagonist. Even the twins Fred and George, played by Oliver and James Phelps were massive pranksters on sets. It all happened when Professor McGonagall (played by Maggie Smith) is teaching the pupils how to dance in the ‘Goblet Of Fire’. She asks Ron (Grint) to demonstrate the dance alongside her. The moment is fantastic, and several people onscreen had a hearty laugh, us included. But what no one knew was that the twins had made Grint even more uncomfortable behind the scenes by telling him that they all had practiced dancing, and he was the one who didn’t have a clue about it. Oliver Phelps said, "We were like, don’t know you know any steps? You know, the routine we’ve all been doing routine for past six weeks? or something like that." On the other hand, Grint said, “They kind of convinced me before we filmed it, that there was a whole dance routine planned, just trying to build the pressure.” Everyone on the sets had a hearty laugh when the prank was revealed to Grint. 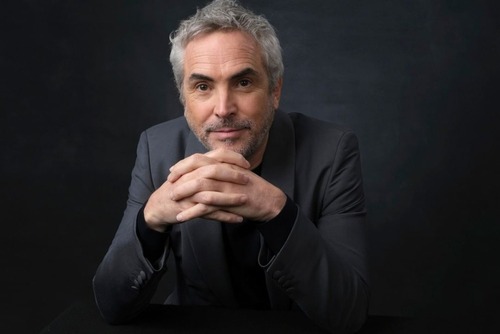 Alfonso Cuarón, an Oscar winner, directed ‘Harry Potter And The Prisoner Of Azkaban’, which was the franchise's third installment. The film was described at the reunion as a real ‘coming of age’ drama. However, the ace director was blown away by one scene in particular. The scene at the Shrieking Shack where the trio (Radcliffe, Watson, Grint) discover the truth about the characters of Peter Pettigrew and Sirius Black. Radcliffe, Watson, Grint, Gary Oldman (who portrayed Black), David Thewlis (who played Remus Lupin), and Alan Rickman (who played Severus Snape) all starred in that scene, leaving the ace filmmaker amazed. "I had never done a scene with such an amazing cast in my life. It's an intense scene in which a lot of things are at stake. You can see Rupert, Emma, and Dan, they are completely committed to the scene. I love it. I have such a great memory of it," Cuarón said.

Emma Watson and Tom Felton did love each other, but it was all platonic 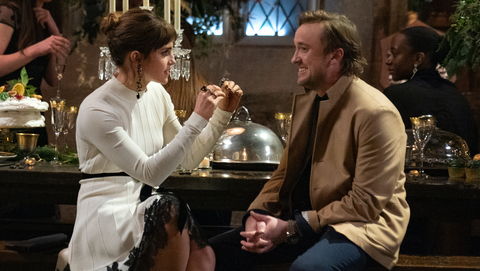 There had been a lot of talk about Watson and Felton (who played Draco Malfoy) being in love and also sharing pictures together, and confirming their relationship. However, the Dramione fans would be upset as the truth was revealed finally by the two of them in the reunion. Watson and Felton admitted that they are smitten with one other. However, it's all platonic, and nothing ever happened between the two of them. Watson, however, did admit that she found herself having an unrequited infatuation with Felton. Watson said, "I walked into the room we were having tutoring. The assignment was to draw what you thought God looked like. Tom had drawn a girl with a backward cap on a skateboard. And I just fell in love with him. I used to look for his number on call sheet. If his number was on the call sheet it was an extra exciting day.” But she went on to also add that Felton was three years elder to him, and therefore he felt like she was her little sister. Felton went on to add that Watson and he had "always loved each other really." He said, “I’ve always had a soft spot for her and it continues to this day. There’s always been something like a kinship." However, Watson said that she was able to be her most vulnerable with Felton. She emphasized, "nothing has ever happened romantically with us. We just love each other, that’s all I can say about that."