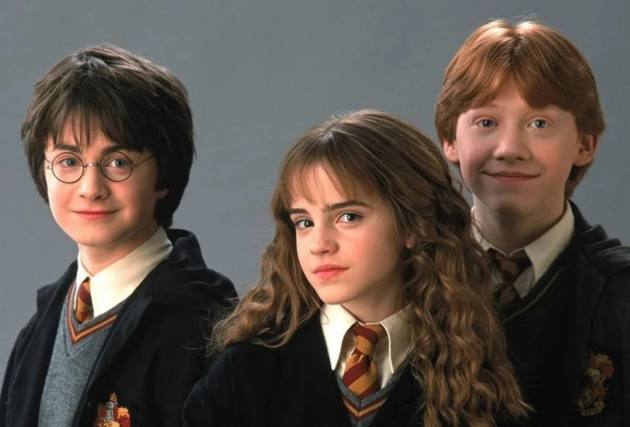 'Return to Hogwarts', a teaser for the much anticipated 'Harry Potter' reunion, has been released by HBO Max. Daniel Radcliffe, Rupert Grint, and Emma Watson, who played Harry Potter, Ronald Weasley, and Hermione Granger, will appear in the special among other cast members from the eight Harry Potter films.

The teaser started with a sight of the Hogwarts clock tower, followed by a shot of the Daily Prophet with the headline "Hogwarts Welcomes Back Alumni." Robbie Coltrane (Rubeus Hagrid) and Matthew Lewis (Neville Longbottom) received invitations, with Mark Williams (Arthur Weasley) making an appearance too.

Watson appeared in the promo's closing shot, walking down Platform 9 3/4, where the Hogwarts Express was waiting. Her face, though, remained hidden.

The Harry Potter reunion special commemorates the 20th anniversary of the release of the first film in the franchise, 'Harry Potter and the Sorcerer's Stone'.

Netizens took to Twitter by storm, reacting to the trailer and the excitement it built up.

#ReturnToHogwarts seeing emma return to the wizarding world is something so personal to me. i feel like a kid again. pic.twitter.com/Ulbz8mANAu

i’m sorry in advance for the person i’m going to become when the harry potter reunion airs on new years day. i’m already crying and all they’ve given me is a 30 second preview. look at my babies!! #returntohogwarts pic.twitter.com/h3HiGrkapz

are you crying at the sight of emma watson’s profile after so many years or are you normal#ReturnToHogwarts pic.twitter.com/HXufs9Kgry

Some fans, on the other hand, were saddened by the absence of late cast members. “I’m sad that Helen McCrory, Richard Harris, and Alan Rickman didn’t get the chance to join the reunion. May they all rest in peace,” one wrote. While McCrory played Narcissa Malfoy, Harris was seen as Hogwarts headmaster Albus Dumbledore in the first two films. Rickman essayed the role of Severus Snape.

'Harry Potter: Return to Hogwarts' will premiere on HBO Max on January 1.