The actor is a former professional football player and known for his roles in 'BlackKklansman' and 'Monster'. 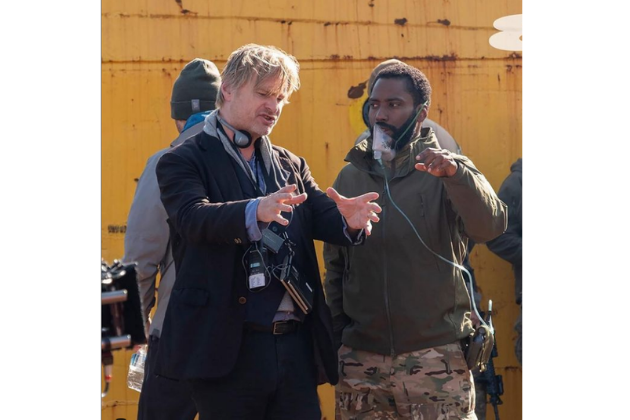 "Tenet" star John David Washington is all in praise for Christopher Nolan as he believed his collaboration with the ace filmmaker has helped him improve his own craft.

Washington, formerly a professional football player and popular for movies such as Spike Lee's "BlackKklansman" and "Monster", plays the main lead in Nolan's new movie.

Christopher Nolan's 'Tenet' To Release In India In December

Washington said Nolan is like a "hero" to him and when the opportunity to work with the director came up, he didn't hesitate to say yes to it.

"Working with a hero of mine brought me great excitement at the prospect, and there was no telling what he had in mind for me. And so when I finally got to read the script, it is such an incredible, unique, original idea, it got me even more excited about how we’re going to do this—how we’re going to bring this to life.

"And step-by-step we were doing it. Day by day, week by week, we were getting it done, and it was a great experience," the 36-year-old actor said in an exclusive transcript shared with PTI by Warner Bros.

Washington hailed Nolan as "an actor’s director" as he was quite receptive of the actor's contributions.

"He exceeded my expectations. I can’t speak for everybody else, but in my experience, Chris is an actor’s director. He fully embraced and championed my performance and spontaneity, and my contributions, using my instincts and what I felt like I could bring to the table.

"He never wanted things the same way. He would say to me sometimes—and it would blow my mind -- 'I’ll work off of you'. If you hear Christopher Nolan and (cinematographer) Hoyte Van Hoytema say, 'No, no, no. You do it, and I’ll work off of you,' that’s something you don’t expect, given their histories and seeing their catalogue of films."

Washington said he learnt a lot from Nolan and that will come handy in future.

"Seeing these legends, these people at the top of their game, wanted me to dictate certain things? It was incredible. They gave me great confidence because of moments like that.

"It gave me great joy and a rediscovery of my artistry and what I believe I can do now after something like this. I know so much more about the process of it now and I attribute that to Christopher Nolan," the actor added.

Washington said "Tenet" was also special because unlike many big-budget sci-fi movies, the film didn't rely much on special effects.

"As an actor, when you can step into the space, everything feels alive and in play. And it has to be created that way.

"I mean, the leader has to create that environment for this to happen, and then, if you’ve done your research and you’re fully invested, it’s up to you to gather those clues, gather those discoveries and put them in the soup and make it something unimaginable, something that you can only create when you’re in those situations. And Chris provided that for us," the actor said.

Washington is equally in awe of his co-actors.

"It was a dream cast as well. I mean everybody was brilliant. It’s interesting cause everybody has their own style, right? So sometimes it can take time to adjust to people’s style and maybe the conditions weren’t ideal all the time. And having to work through some of these things, nobody complained, and it was seamless.

"I love the way Robert works. Sometimes we wouldn’t overly talk about what we were doing. We discovered things and let the elements dictate our attitude, our motivation at the time, and I think that worked great," he added.

The Warner Bros film is slated to be released in Indian theatres on December 4 in English, Hindi, Tamil and Telugu.