'He Was Legend': Tributes Pour In From After Actor Rishi Kapoor's Demise

The news of the demise of the veteran actor's death was first tweeted by superstar Amitabh Bachchan on Twitter. 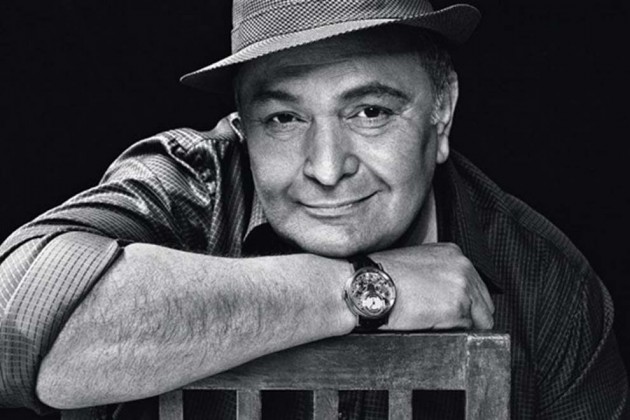 From Bollywood stars to the prime minister to political leaders, condolences poured in from all sides soon after veteran actor Rishi Kapoor passed away on Thursday morning.

The news of the demise of the 67-year-old was revealed by superstar Amitabh Bachchan on Twitter.

"He is GONE .. ! Rishi Kapoor .. gone..  just passed away .. I am destroyed !" the superstar tweeted. However, the tweet appears to have been deleted later.

Multifaceted, endearing and lively...this was Rishi Kapoor Ji. He was a powerhouse of talent. I will always recall our interactions, even on social media. He was passionate about films and India’s progress. Anguished by his demise. Condolences to his family and fans. Om Shanti.

Tamil superstar and Kapoor's past co-actor Rajinikanth said he was heartbroken.

Actor Akshay Kumar said it felt like a "nightmare" and added that Kapoor was a legend and a great co-star.

It seems like we’re in the midst of a nightmare...just heard the depressing news of #RishiKapoor ji passing away, it’s heartbreaking. He was a legend, a great co-star and a good friend of the family. My thoughts and prayers with his family ðÂÂÂÂÂÂÂÂÂÂÂÂÂÂÂÂÂÂÂÂÂÂÂÂðÂÂÂÂÂÂÂÂÂÂÂÂÂÂÂÂ»

"This is the end of an era," said actor Priyanka Chopra.

My heart is so heavy. This is the end of an era. #Rishisir your candid heart and immeasurable talent will never be encountered again. Such a privilege to have known you even a little bit. My condolences to Neetu maam, Ridhima, Ranbir and the rest of the family. Rest in peace Sir. pic.twitter.com/TR6GVSN4m7

Actor Manoj Bajpayee tweeted: "Couldn't even finish writing an obituary of our IRRFAN (RIP friend) and the news of RISHI KAPOOR ji passing away has completely crushed me!! No...this is not happening...it's too much to http://accept.RIP RISHIJI"

The sudden demise of actor Rishi Kapoor is shocking. He was not only a great actor but a good human being. Heartfelt condolences to his family, friends and fans. Om Shanti

This is a terrible week for Indian cinema, with the passing of another legend, actor Rishi Kapoor. A wonderful actor, with a huge fan following across generations, he will be greatly missed. My condolences to his family, friends & fans all over the world, at this time of grief.

Deeply saddened by the sudden demise of actor Rishi Kapoor. He entertained several generations of Indians throughout his career. What a terrible loss.. My condolences to the grieving family. May God bless his soul.

The tributes came soon after Kapoor breathed his last on Thursday morning. The actor had been admitted to Sir HN Reliance Foundation Hospital in Mumbai.

In 2018, Rishi Kapoor was diagnosed with cancer for the first time, following which the actor was in New York for nearly a year to undergo treatment. He returned to India in September 2019 after recovering.