As the film turned seven today, the lead actors Alia and Randeep cherished the memories during the film shoot 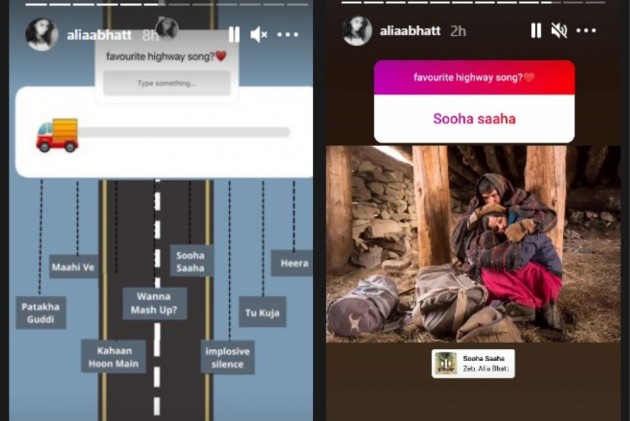 "Highway" was Alia Bhatt's second film after her 2012 debut with Karan Johar's "Student of the Year" and earned the 27-year-old actor massive acclaim.

In the film, Alia played the role of Veera Tripathi, a woman who discovers freedom after she is kidnapped by Hooda's character, Mahabir Bhati.

As the film turned seven today, Alia recreated a shot from the popular "Patakha Guddi" song from the film on her Instagram Story.

Resting her face on her car's rolled down window, the actor recorded a video of herself looking into the side view mirror as the AR Rahman track played in the background.

"Celebrating seven years of 'Highway' on the highway," the "Kalank" actor wrote.

Bhatt also shared unseen pictures from the film's set and asked her fans to name their favourite song from the album.

Though not a blockbuster, "Highway" was appreciated for its performances, music, Irshad Kamil's lyrics and Ali's story.

This was Ali's fifth directorial, after films like "Rockstar", "Love Aaj Kal" and "Jab We Met".

While Randeep Hooda, 44, shared a scene from the film on Instagram.

"Highway" was co-produced by Sajid Nadiadwala and Ali.

It was screened in the Panorama section of the 2014 Berlin International Film Festival.

The film is based on the episode of the same name from the Zee TV anthology series "Rishtey", starring Aditya Srivastava and Kartika Rane, which was also written and directed by Ali.