The 26-year-old singer-songwriter, who has recently released yet another English-language single, ‘You’, feels that he is consciously and cautiously moving towards achieving his dream of changing the perception of Indian pop musicians. 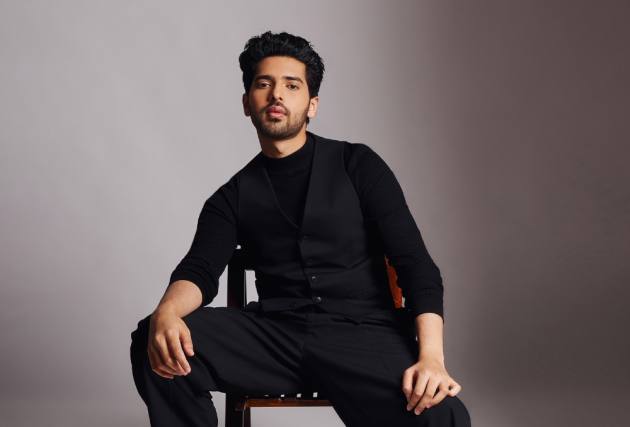 Singer-songwriter Armaan Malik, who recently released his fourth English-language single, ‘You’, as a solo singer-songwriter is quite “happy” and proud of the kind of sound he has been able to create with his English singles, over the span of a little over two years.

“It has been really great, to be honest. I never did my English music, as something I wanted to do on the side. I was always really dead serious about it, and always wanted to pursue it very passionately,” he says. “It is priority for me, and I am dead series about it. I feel my audience has grown with me over the last four singles, and each single has taken me a step further into the direction I want to go in,” adds Malik, who has previously sung, ‘Control’, ‘Next 2 Me’ and ‘How Many’, in English.

The 27-year-old says he has been extremely cautious about not making his English-language songs, sound “anything like” his songs in Hindi, or in other Indian languages, while not completely moving away from the sound, his fans usually associate with him.

“It’s very tricky, he says pointing out the obvious. “Of course. It is. But that’s where I have been extremely cautious about the way I go about it. I know it sounds like a cliché, but I believe in quality over quantity. ‘You' was created when I had composed ‘Control’, two years back. But I did not feel like I wanted to release it then. I wanted to build a momentum first, and then wanted to release ‘You’, because I felt that’s how it should come out,” he says.

“Every market is different, so you have to look at it differently, if you are serious about it. There’s a part of my listener base, who only listen to my English songs, and there are some, who only listen to Hindi songs. That is fine. There’s now a section of even K-Pop fans who now follow my music, after my collaboration with Eric (Nam), on Echo. You just try to match your sensibilities, with the listener habits and see what all kind of magic you can create in that space,” he signs off.