How Hindi Film Music Went From The Song-And-Dance Format To OST Format?

Strap: The fast-growing popularity of multiple composers for a film has composers create more songs that play in the background, moving away from the song-and-dance sequences, where actors lip-synced to the songs sung by playback singers. 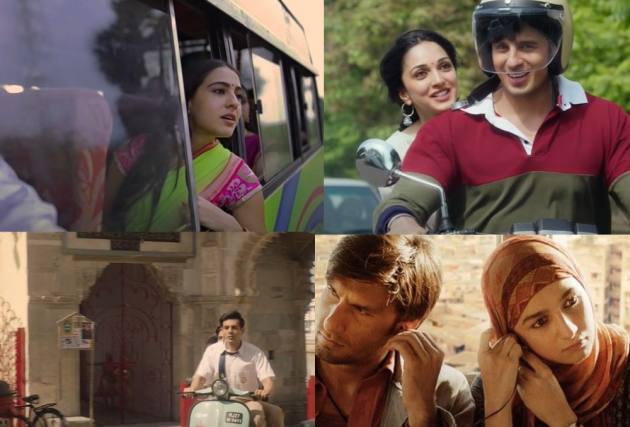 It’s a love triangle. The story is that of a woman, a victim of child abuse, who falls in love with two men simultaneously. The two men she falls in love with have completely different personalities, and thus begins the story in Anand L Rai’s ‘Atrangi Re’, where Rinku (Sara Ali Khan), is finding it tough to decide between the super-intelligent, model son and a very good friend, Dr Vishu (Dhanush) or the rather brash-but-lively circus master, magician and performer Sajjad Ali Khan (Akshay Kumar). The moods and sentiments of the three primary characters, as they go through the highs and lows, are narrated through the seven tracks composed by A.R Rahman, with lyrics written by Irshad Kamil.

Music has been an important feature in Indian cinema, and storytelling, where through song and dance, makers have created parallel worlds, taken the audiences to flashbacks and explained the ideas of a romantic date. Music is such an important feature in Indian cinema, that even cinema connoisseurs in the West associate films in India with song and dance. “That has always been the case with our films. It is a part of an identity,” says composer Pritam, who lives and breathes film music. “I think we need to celebrate every song, every musical note. You see film industries of other languages celebrating their music as well, and they have found a way to include them as well,” adds Pritam who has been working in the Hindi film industry as a composer for nearly two decades. Pritam and his music has been the most listened to, on various streaming platforms. His track ‘Shayad’, sung by Arijit Singh for the film ‘Love Aaj Kal 2’ was the most streamed song for the last two years, in the country. Despite the popularity of non-film and independent music, the love for film music remains intact.

“It is never going to change. The number of listeners is huge. Even if people listen to different music, film music will always remain an integral part of it. You can’t change that,” adds Pritam. Pritam belongs to the school of thought which believes that a film’s album should be composed by just one person, and is not a “big fan of” of the current trend where filmmakers hire different composers, to create songs according to situations in films. He is not the only one belonging to that school. In 2019, popular music-composing trio, Shankar-Ehsaan-Loy, withdrew as composers from the film ‘Saaho’ starring Prabhas and Shraddha Kapoor, because they were “not comfortable” with the idea of working with multiple composers. “We are not comfortable doing that because we feel one composer retains the identity of the film. There’s got to be a creative thread that joins all the songs. We preferably also do the background score, but even if that’s not there, at least the songs,” Mahadevan had said in an interview explaining why the trio bowed out of the project. The new format, however, seems to be working. Back in 2016, in an interview with Hindustan Times, Bhushan Kumar, T Series’ owner, had spoken in favour of the trend.

“Many people, like me, are making multiple films simultaneously. They can’t wait for one single director to sit and create six hit songs. The process requires a lot of time and commitment. This not only improves the quality [of a soundtrack], but it also gives new talent a chance to showcase their work. New people bring in new and different perspectives too,” he had said. Like Kumar, several other makers along with big production houses prefer the multiple-composer format, which is also reaping results. Two songs from last year’s film ‘Shershaah’ – ‘Raataan Lambiyaan' and ‘Raanjha’—were the most streamed songs last year. Both the songs were composed by two different composers, yet are from the same film.

“It is too special a song, and the emotions attached with it are very raw and very pure. I am so excited to see people like this song. But this will get even bigger and will become a part of people’s lives,” Jubin Nautiyal who sang the song composed by Tanishk Bagchi, had told us earlier. The multiple composer format, along with the fast-changing listening habits of the audience, has ushered in a new change in presentation of film sons. Now, more of them play in the background, moving away from the song-and-dance image, where actors lip synced to the tracks sung by playback singers. “There’s a kind of identity in the way we tell the stories which has got to do with music, a lot. It will organically change as we change as our storytellers change. A lot of younger filmmakers have seen a lot of movies in the West and are influenced by that as well,” says singer-songwriter Ankur Tewari, who has been part of multiple films, where unlike Pritam, he has composed one or two tracks instead of an entire album.

“Script takes the conversation forward, and you cater to what the story is saying. All of us are trying to bring to life, what’s written on a piece of paper. So, you think ideas for out of the box. There are different songs and different people who edit it, because you need different styles. Today we have the flexibility to think out of the box. It has worked, to the point where the so-called suits don’t mind putting in the money. It’s a game everyone keeps on playing, and as long its working, it’s good. The moment it stops, it’s another battle again,” he says.