How Independent Music Allowed Women To Freely Express Themselves

Outlook India speaks to several women musicians in the country, who decided to take the independent route, rather than waiting for a big record label, without getting judged by a set of filters, before one puts their music out in public. 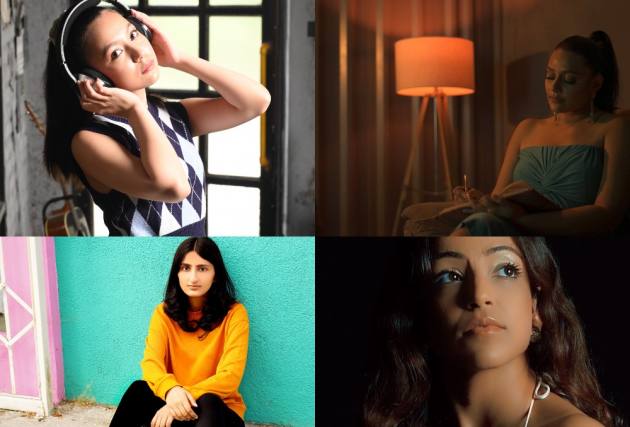 Ask any musician what they think is the biggest satisfaction they get while releasing music independently and most of them will say it’s the freedom to express themselves, both musically and lyrically. Since independent music stays away from big record labels, who often dictate music on their own terms because of their business models and money-making approach, it is easier for any artiste, without getting judged by a set of filters, before one puts their music out in public.

“The fact that today I'm not limited by a handful of so-called tastemakers and music labels to endorse what I'm trying to say and do, and I can reach my audience just through the internet is a hugely freeing and empowering thing,” says the 30-year-old Aneesha Das, a Delhi-based singer-songwriter who released her debut EP titled, ’12:12’, earlier this month.

Das is one of the many women musicians in the country, who decided to take the independent route, rather than waiting for a big record label to discover them, and then ask them to create music under their made-up constructs.

“Right, in the beginning, I had a series of three songs I had written inspired by a difficult relationship I went through. All my music - in my current EP and music that I will be releasing next year- is lyrically and sonically a reflection of my relationships; mostly with myself and my own feelings, and sometimes inspired by my other relationships and relationships in general in fact- those I observe in life, on tv or imagine up even,” she says.

The space has allowed women, across different age groups, from different economic and cultural backgrounds, to come out and freely express themselves. 17-year-old Aditi Iyer released her EP, ‘Dollhouse’ this year, which was praised by some of the biggest artistes from India, for not just the musical influences, but also for its several themes.

“I came up with the concept of ‘Dollhouse’ because, even though I've never been in an abusive relationship, the idea of manipulating the safety and love of a relationship disgusts me and it happens way too often. I wanted to make my voice heard and to say something about it,” she says.

“This (independent music) is naturally great for women because I feel historically women's unique experiences have been silenced and they've been forced to fit a particular standard. But with society's increasing progressiveness and, of course, the Internet, I think female artists can liberate themselves and produce liberating content,” she adds.

“Woman artistes have the space to be much more than eye candy,” says Vasundhara Vee, one of the few musicians who has witnessed the whirlwind change in the consumption of independent music in India and has been among very few jazz/soul vocalists synonymous with the revival of RnB, Soul and Jazz into the live circuits and bringing it back to the playlist of today’s youth.

“Earlier, both these assumptions were sold to us as expectations. Now we know that audiences are varied, intelligent and constantly evolving. We also see a wide variety of very interesting music written by women that bring out the nuances of the feminine perspective and bring out the sheer variety in femininity itself. Women are no longer reduced to stock characters such as the girl next door, the seductress or the rebel. We can now taste nuance and layered-ness in the music,” she adds.

Her last single, ‘Run’ documents her journey as a solo artist.  Symbolically, this new song starts with a soul ballad style intro and creates a bridge between what she has showcased so far and what her future sound holds.

“With ‘Run’, I personally was able to choose a topic about the fragmented self and about owning all bits of myself. And an electro-pop-soul song was able to carry this message as my (solo) DEBUT…. Instead of being a party song or a more run of the mill theme. I am certain that many women have found this same flexibility and have been able to juxtapose common and uncommon themes. This is what makes music interesting.

And that’s the cultural blessing of independent music. The freedom of expression is also bearing fruits. 18-year-old Kiara Chettri, who has been releasing music since last year, managed to have two of her singles end up as the number one on the World Radio Charts. If that wasn’t enough, she also submitted her song, to the Grammy ballots, before the official nominations were announced.

“Being an independent artist really is a blessing in that aspect because I get to write about whatever I want to write about without having to think twice to change a few lyrics here and there so that a label likes it. I am so grateful to have the opportunity to release music that I want to create out in the world and let it find its place amongst other artists' music,” she says.