The traumatic anecdotes of people who attended the concert reveal the horrific sight that unfolded in front of their eyes and point toward the faulty management that caused the crowd surge and resulted in the tragic deaths of the concertgoers. 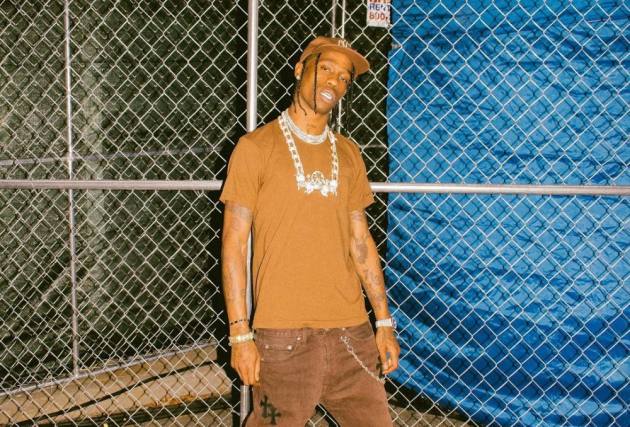 American Rapper Travis Scott, who is known for his massive hits 'Sicko Mode,' 'Antidote,' and 'Goosebumps,' recently performed at the Astroworld Music Festival that ended in tragedy at NRG Park on Friday, Nov. 5, 2021, in Houston.

It's been eight days since the concert concluded but the discussions and debates continue to twirl around the tragic festival. A stampede of fans during rap star Scott‘s Astroworld Festival killed nine people between the ages of 14 and 27, which also includes a 22-year-old Indian-origin student Bharati Shahani.

About 50,000 people were present at the festival to watch the popular hometown artist, and many concertgoers depicted a chaotic scene where people collapsed, “fought for air,” and “struggled for life,” as reported by the New York Times.

“It was like hell,” said Nick Johnson, 17, who still had his concert bracelet on as he spoke on Saturday morning. “Everybody was just in the back, trying to rush to the front.”

“The crowd for whatever reason began to push and surge towards the front of the stage, which caused the people in the front to be compressed — they were unable to escape that situation,” Houston fire chief Sam Peña told CNN.

The traumatic anecdotes of people who attended the concert reveal the horrific sight that unfolded in front of their eyes and point toward the faulty management that caused the crowd surge and resulted in the tragic deaths of the concertgoers.

"We represent more than 200 victims who were injured mentally, physically, and psychologically at the Astroworld Festival," civil rights attorney Ben Crump announced at a news conference in Houston, as reported by Reuters.

Along with Scott, rapper Drake has also been named in the lawsuit for “contributing to causing the surge toward the stage" at the Astroworld festival. Kylie Jenner has also been slammed for posting an Instagram story of an ambulance attempting to make its way through the massive crowd.

The horrific incident takes place at a time when the industry was finally seeing the return of large-scale touring after more than a year of dormancy during the pandemic. The Astroworld disaster has already rekindled a debate about the safety of these festivals.

Social Media posts regarding the concert give us a horrifying display where the crowd surge can be seen very evidently.

You can’t tell me Travis Scott didn’t see this kid getting resuscitated while he was up there doing the robot #ASTROWORLDFest pic.twitter.com/cjqsiK29BS

Another #disturbing video- Travis Scott continues to sing as he watched a unconscious fan at #ASTROFEST #AstroWorld2021 #Festival- At least 11 killed and 300+ injured.

A thread of the tragic events at Travis Scott's #AstroWorldFest last night. pic.twitter.com/qH9mRslgBK

On November 6th, 2021, Travis Scott posted a response in which he expressed condolences to families of those who died at the concert and acknowledged Houston PD and Fire Department for their response.

Additionally, Scott said in a statement that he would be covering the funeral costs for the families involved in the incident and would provide mental health support as well.

In an Instagram video following the event, Scott said “I'm absolutely devastated by what took place last night,” the rapper said in a statement the day after the incident. “My prayers go out to the families and all those impacted by what happened at the Astroworld Festival.”

"My fans really mean the world to me," he said. "Any time I could make out anything that's going on, I just stopped the show and helped them get the help they need... I could just never imagine the severity of the situation."

The apology instantly received a massive backlash on social media and numerous people lashed out at the hollow apology made by the musician.

Famous YouTuber PewDiePie criticized the apology, saying Scott isn't taking enough accountability in the video and isn't being genuine about not seeing anything going on in the crowd.

There have been similar instances where a crowd surge occurred and resulted in chaos and turmoil but was controlled by the musicians.

A video shared by many users has now gone viral which shows Chester Bennington and his Linkin Park members at a concert stopping mid-way to draw everyone’s attention towards a man who fell into the mosh pit.

Travis Scott should watch this clip of Chester Bennington of Linkin Park handling a crowd pic.twitter.com/JWcfhcdeTa

The time Kurt Cobain stopped mid song because he saw a female being sexually assaulted pic.twitter.com/urznyJBmg7

“Your security is my responsibility,” said Irish musician Niall Horan to his fans who came to attend his show.

Popstar Billie Eilish can be seen here helping out a fan in the crowd who passed out while the show was going on.

What one can do during a crowd surge situation? Here are some pointers that can help during a similar situation:

Keep your eyes open all the time, always keep a check on your surroundings, and try to stay as far as possible from dangerous situations, that you can get involved in.

If the crowd thickens around you or the people and the space to move around you diminishes, the longer you wait the harder the situation will keep getting making it impossible for you to move or leave the area, so always leave while you can. By getting out of the crowd, you will also reduce the danger for others, since the area will be less crowded for those who stay.

Oxygen is your most valuable resource. The vast majority of deaths in stampedes are a result of asphyxiation. Avoid screaming unless you have to, and control your breathing.

Should the pressure become intense, fold your arms up in front of you. In that position, you can guard your ribcage and keep a few centimeters of space around your ribs and lungs so you can breathe.

When pushed, our natural reflex can be to withstand the pressure and push back. In a crowd crush, however, resisting will be a waste of valuable energy. Instead, let yourself be carried by the flow while always retaining your balance.