How You Relate To Audience Defines Your Content: YouTuber Nikunj Lotia Aka BeYouNick

In an exclusive interview with Outlook’s Md. Urooj Siddique, Nikunj Lotia opens about his beginnings, process and views on YouTube. 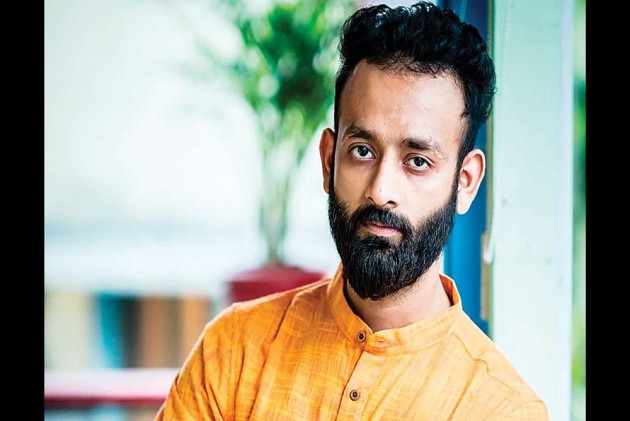 Nikunj Lotia, also known as Nick from BeYouNick, started his YouTube career by making prank videos during his college days. He has entertained his audience with quirky and funny YouTube videos for six years now. From doing odd jobs at a cyber cafe and bartending to make extra money, the influencer now has over 4.11 million YouTube subscribers.

In an exclusive interview with Outlook’s Md. Urooj Siddique, Nikunj Lotia opens about his beginnings, process and views on YouTube. Excerpts:

You have risen from the core of the ground and seen it all when it comes to YouTube. Which or what moments in the journey gave you the motivation to explore in-depth?

There are far too many such moments. From the need to be funny to gel in with the class, to imagining someday having enough to never worry about who is footing the bill. It’s been a journey of learning lessons sometimes even without a choice. So, learning to deal with it, allowed me to use humour for dealing with it. Then, of course, putting it out there in form of a video for others to laugh at it, I guess that’s how I learned and am still learning.

YouTube to masses is a number-based open platform where trends hit and change at a vigorous pace, how hard is it to be subtle and yet adaptive to time when it comes to comedy?

Honestly, we’ve never tried to follow the trends. Our ‘Mauka Mauka’ series sparked the trend, likewise with ‘Men will be Men’, ‘Bro Code’, then the ‘Class Bunk’ series and so many more. Some so many creators are still using our old formats! Some of our sketches have even crept into mainstream movies. We consciously avoid watching content to avoid getting influenced by it. I guess that allows us to not be dependent on a trend. If a trend breaks through – like where everyone is doing something – we end up making one around it. That’s the closest we’ve been to adapt to trends.

Social Media as of now is a vivid source for collaborations, what are the challenges one faces when it comes to collaborating with established names from the community or Bollywood?

We’ve done a lot of collaborations, in India and abroad, I think if you have a good idea and know why it would work with the fellow collaborator; most will agree to do a collab. Having said that you don’t need a Bollywood star for every idea, you don’t need me or any YouTuber to breakthrough, yeah it might get you a jump start – but often a request for collaboration for a great idea gets lost in a million half-baked collaboration requests. That is a challenge and frankly, that’s where luck plays a big role.

The saying that ‘content is the king’ suits the digital entertainment medium like never before. How do you see the newer or amateur content creators and what advice do you have for them?

Like I said I avoid watching a lot of content, so I can’t tell. There’s a lot of content creators who write to me to check their content and for feedback, and whenever I get a chance to see it – I reply, and usually, it's very specific to the video. If I were to give one general piece of advice, I would say focus on something you’d love to do for the rest of your life, be you, and don’t fake a persona just because you see someone being successful with that persona.

You are among the names of the content creators who are looked upon globally, what are your thoughts on the quality and difference in content that our creators bring out and those who create in other parts of the world?

I don’t see a lot of difference, many times it’s just the environment they live in and the very specific nuances of their audience that differs. If I were to pinpoint something, it’s probably their work ethic. A lot of my global creators are obsessed with pursuing their thoughts in a certain way, that is something I am learning from them.

How does it affect you, when the videos don't hit the expected numbers, or the negative responses shoot up? and what’s your strategy to deal with it?

When something tanks, it hurts for those few minutes, but often we summarise what did not work and jump on to the next idea.

That is our strategy, just move on to the next idea.

You are active among various social media platforms; what challenges do you face in terms of audience acceptability and creating content for different platforms?

Most platforms have a user base that has defined how social platforms are used, so our content is packaged in that form. We would know what idea will work well on Instagram or YouTube and that’s where we dish it out.

What and how significant role do the audience play while developing content and how do you manage to fit it all in a format?

At the end of the day, your audience and how you relate to them and how they engage with you is what defines your content. So, I can’t define a role as such for the audience, but it's mighty significant. Many times, some comments give us thought starters for our new content.

How was your lockdown period and what changes and realizations it brought to you?

Just before the pandemic hit us, we were in Los Angeles for a while and were planning on what’s the next big jump for us in 2020, this was in Jan - Feb. We came back to India and the very next day the national lockdown was announced. That lockdown period was quite the same as everyone else. My Family and I caught Covid in the first wave, thankfully we recovered.  I guess we’ve all learned to never take things for granted. All that we had planned for 2020 had to be re-imagined. Life changed for everybody, even simple things like going to the corner to have your chai and jam on ideas with your friends were suddenly not possible anymore.  Life is short, make the most of it. That is the realization that’s now mighty well etched into my thought process.