Hrithik Roshan To Be Seen With ‘Shoot The Hero’ Star Samantha Lockwood In His Next?

Samantha Lockwood posted photos from her meeting with Hrithik Roshan on Instagram. In some of the photographs, Roshan can be seen conversing with Lockwood. 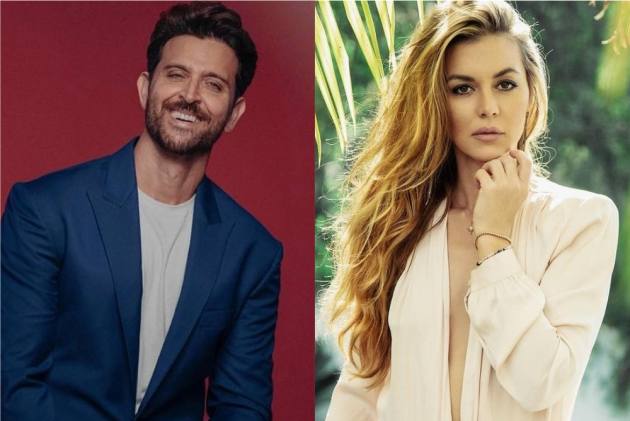 Samantha Lockwood released a couple of stunning images of herself with Bollywood actor Hrithik Roshan amid reports that she is preparing for her Bollywood debut. There are currently rumours that the two stars are collaborating on a project.

Lockwood took to her Instagram account to post pictures of herself with the Bollywood celebrity. While they are seen creating a pose for the camera in one shot, they are immersed in discussion in another. Lockwood is seen flexing her muscles for the camera in the third photo.

Lockwood looked gorgeous as always with a pink patterned poncho and black pants. In a basic white t-shirt and grey sweatpants, on the other hand, Roshan looked dapper.

Lockwood has projects like ‘Shoot the Hero’ and ‘Hawaii Five-0’ to her credit.

On the other hand, Roshan will next be seen in Siddharth Anand's 'Fighter,' in which he will be seen for the first time opposite Deepika Padukone. 'Fighter,' based on the Indian military services, is said to be India's first aerial action franchise and a big-budget entertainer for Indian and foreign viewers.

The actor will also appear in the official Hindi version of 'Vikram Vedha,' in which he will co-star alongside Saif Ali Khan. The primary actors in the original film were R Madhavan and Vijay Sethupathi.