As the world celebrates Human Rights Day today, here are a few films from India which have brought to the forefront issues of basic civil liberties. 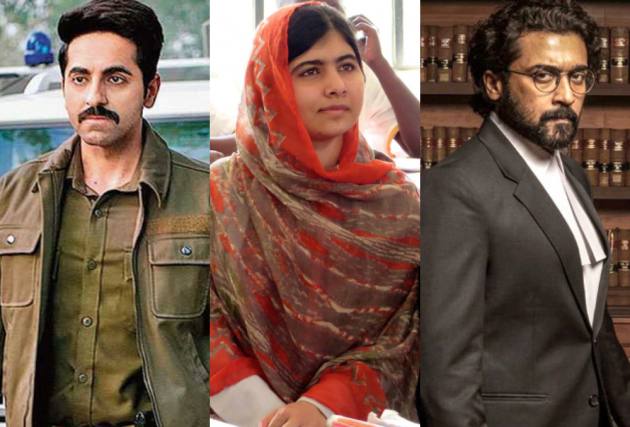 Basic human rights are something that every individual should have in whichever country they reside in. To celebrate this today, on December 10, Human Rights Day is celebrated across the world. With so much happening around the world over human rights and regulations, Indian films are also not far behind to showcase this spirit of the human rights movement. Here are a few films which have talked about and depicted some of the basic civil liberties that every human being must have:

A pregnant lady from a remote tribal tribe seeks in vain for her husband, who has gone missing from police custody. A High Court advocate, played by actor Suriya, speaks out in favour of her efforts to find her spouse and seek justice for them. The film, which was released on Amazon Prime, went on to become the most searched film on Google in their year-end 2021 report. It is interesting to see Suriya in the court scenes where he not only brings forth some logical and poignant points but also manages to give the audience some burning issues to ponder over.

The film, starring actor Ayushmann Khurrana, was released in 2019 at a time when the country was seeing a significant increase in rape culture. The film primarily addresses the socially troubling problem of caste and gender inequality. In the film, two Dalit girls are raped for requesting a three-rupee increase in their daily income. The major reason for the rape was the girls' caste. The incident was incredibly upsetting. This is a must-see film, and it's fascinating to witness Khurrana play a cop and solve a crime in the midst of all the chaos.

Actress Taapsee Panuu and actor Amitabh Bachchan's film is already regarded a cult masterpiece despite just being released in 2016. The film addresses the sexist world in which we live. In the film, Minal (Pannu) and her friends were assaulted by a politician's nephew, but her FIR was dismissed owing to the molester's standing. Deepak (Bachchan), a former lawyer, assisted the girls when the case was flipped upside down and manipulated. This film taught many women how to fight for themselves while also understanding their rights. In addition, the film gave rise to the well-known phrase "No means no."

The film chronicles the events after a Delhi-based young girl Jyoti Singh's cruel and horrifying gang rape happened in 2012. The occurrence aboard an off-duty bus aroused concerns about women's safety across the country. This is essentially a documentary in which a diverse range of persons who are directly or indirectly involved to the case are interviewed, including Singh's parents, the accused person's parents, and the bus driver. The documentary shed attention on gender inequalities in society by depicting the many demonstrations that occurred in the aftermath of the tragedy.

'He Named Me Malala'

This moving film is based on the specifics of Nobel Prize winner Malala Yousafzai's amazing life. This film basically covered everything concerning her Nobel Peace Prize triumph after the Taliban assaulted her for demanding fundamental human rights. This film is a spine-chilling account, more so with the recent takeover of Afghanistan by the Taliban, and the alleged accusations of them flouting basic human rights in the country.

This is an emotional drama about a woman and her little daughter. This film depicts how the mother fled her home and had to overcome several hurdles, including a near-death experience, in order to save her 10-year-old daughter from an arranged marriage to someone old enough to be her grandpa.