Home  »  Website  »  Arts & Entertainment  »  'I am innocent, NCB 'deliberately' Trying To Implicate Me And My Family': Rhea Chakraborty

'I am innocent, NCB 'deliberately' Trying To Implicate Me And My Family': Rhea Chakraborty

In her bail application filed in the HC on Tuesday, Chakraborty said, that she has been subjected to a "witch-hunt" and that any further custody will worsen her mental health. 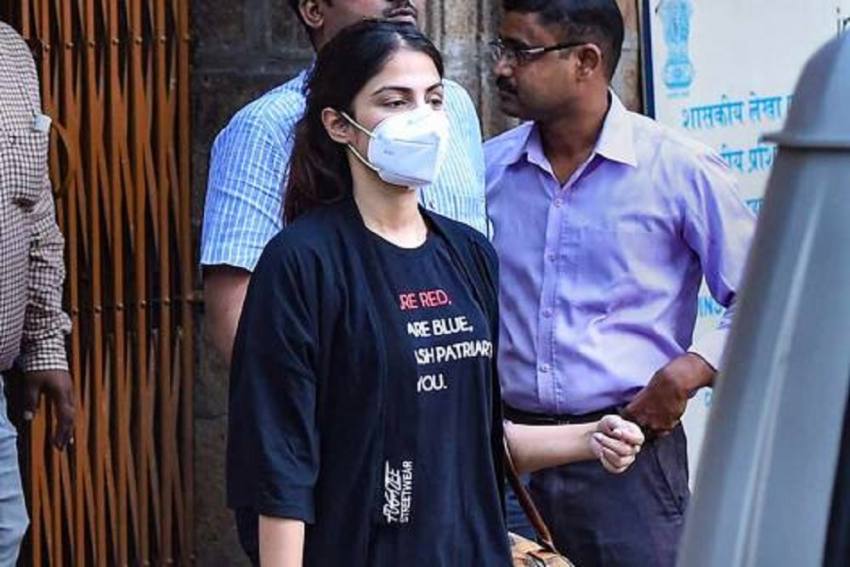 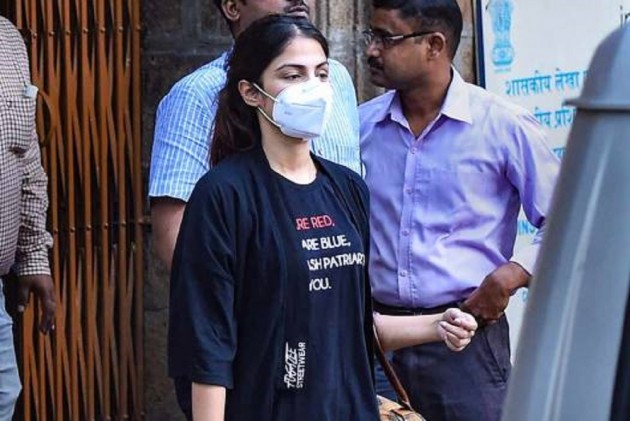 Actress Rhea Chakraborty, arrested in a drugs case related to actor Sushant Singh Rajput's death, has said in her bail plea filed in the Bombay High Court that she is innocent and NCB is "deliberately" trying to invoke stringent charges against her and her family.

She also said that she has been subjected to a "witch-hunt".

In her bail application filed in the HC on Tuesday, Chakraborty said she is just 28 years of age, and besides the probe by the Narcotics Control Bureau (NCB), she has been  subjected to three more investigations by police and central agencies, and a "simultaneous media trial".

These probes refer to the ones conducted into Rajput's death by the Mumbai Police, the Central Bureau of Investigation (CBI) and the Enforcement Directorate (ED).

Chakraborty said all of this has taken a "severe toll on her mental health and well being".

Any further custody will worsen her mental health, she said in her plea filed through her counsel Satish Maneshinde.

Her bail plea was scheduled to be heard by a single  bench presided over by Justice Sarang Kotwal on Wednesday.

However, since the High Court suspended the day's hearings owing to heavy rains in the city, the plea is likely to be heard on Thursday.

Chakraborty further said in her plea that Rajput had been in the habit of consuming drugs, particularly, "ganja" since even before she got into a relationship with him.

While she would sometimes procure drugs for him in "small quantities", and would also "occasionally pay for them herself," she was in no way a part of any drug syndicate.

She also said Rajput was the only one who was consuming the said drugs.

"The applicant (Chakraborty) is innocent and has not committed any crime whatsoever," the plea said.

She also said in her plea that she has been subjected to a "witch-hunt," and after the CBI and the ED failed to gather any evidence against her, the NCB was "brought in to somehow implicate her and her family".

Chakraborty has been booked by the NCB on several charges, including financing illicit trafficking of drugs under Section 27-A of the Narcotic Drugs and Psychotropic
Substance (NDPS) Act.

Section-27 A brings along a bar on the grant of bail to an accused.

The actor said she has been wrongly booked under the NDPS Act Section 27-A.

Besides, since no drugs were seized from her possession and since the NCB has managed to seize only 59 grams of drugs from all accused persons, the bar on grant of
bail cannot be applied to her, she said in the plea.

The actress said a bar on grant of bail can come into play only if the drugs seized are in commercial quantities.

Last week, a similar argument was made by lawyers of Samuel Miranda and Dipesh Sawant, co-accused in the case, before a bench of Justice Kotwal.

Justice Kotwal had then pointed out that a plain reading of the NDPS Act showed Section 27-A could be imposed irrespective of the quantum of drugs recovered by the NCB.

He had, however, directed Additional Solicitor General Anil Singh, who represent the NCB in the high court, to clarify the same on September 29, the next date of hearing on
the bail pleas of Miranda and others.

Chakraborty said some others accused in the case had faced identical allegations, but they had not been booked under the stringent Section 27-A.

She also said that at best, she can be accused of having procured drugs in small amounts for her boyfriend.

However, she was trying her best to wean Rajput off his habit of consuming drugs, the actress said.

On a similar argument last week on the other pleas, Justice Kotwal pointed out that the NDPS Act adopts an "empathetic approach" towards the drug addict with view towards his rehabilitation.

However, it aims at ending all illicit trafficking of drugs and therefore, carries stringent punishment for those involved in procurement, financing and production of drugs.

Earlier this month,a special NDPS court in the city rejected the bail pleas of the actress and her brother Showik Chakraborty, saying if let out on bail, they might tamper with
the evidence.

The actress is currently lodged in the Byculla women's prison in the city.

Rajput (34) was found hanging in his home in suburban Bandra on June 14.